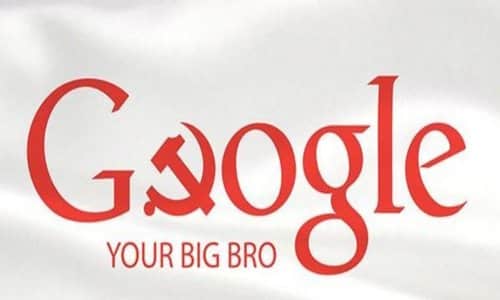 By Mac Slavo/SHTFplan.com January 31, 2019
Share this article:
In a new leak that can be accurately labeled "the smoking gun," Google has been busted manipulating search results on YouTube in order to manipulate social behaviors and control minds. An internal discussion thread leaked to Breitbart News reveals that Google regularly intervenes in search results on its YouTube video platform.
According to Breitbart, the existence of the blacklist (terms Google considered sensitive) was revealed in an internal Google discussion thread leaked to Breitbart News by a source inside the company who wishes to remain anonymous. A partial list of blacklisted terms was also leaked to Breitbart by another Google source.

Some of the blacklisted terms included "abortion," and terms related to the Irish abortion referendum, Democratic Congresswoman Maxine Waters, and anti-gun activist and communist, David Hogg.
In the leaked discussion thread, Breitbart further reported that a Google site reliability engineer hinted at the existence of more search blacklists, according to the source. "We have tons of white- and blacklists that humans manually curate," said the employee. "Hopefully this isn't surprising or particularly controversial."
According to the source, the software engineer who started the discussion called the manipulation of search results related to abortion a "smoking gun."
The software engineer noted that the change had occurred following an inquiry from a left-wing Slate journalist about the prominence of pro-life videos on YouTube and that pro-life videos were replaced with pro-abortion videos in the top ten results for the search terms following Google's manual intervention.

"The Slate writer said she had complained last Friday and then saw different search results before YouTube responded to her on Monday," wrote the employee. "And lo and behold, the [changelog] was submitted on Friday, December 14 at 3:17 PM." -Breitbart
The manual (human) adjustment of search results by a Google-owned platform  contradicts a key claim made under oath by Google CEO Sundar Pichai in his congressional testimony last this month. Pichai actually said that his company does not "manually intervene on any search result."
A Google employee in the discussion thread drew attention to Pichai's claim, noting that it "seems like we are pretty eager to cater our search results to the social and political agenda of left-wing journalists."
Originally published at SHTFplan.com - reposted with permission.