CAIR Kicked Out Of School District For Promoting Islamist Propoganda 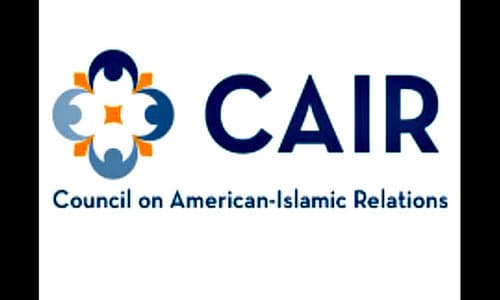 By Clarion Project March 28, 2019
Share this article:
In a landmark case, the Council on American-Islamic Relations (CAIR) has been forced out of the San Diego Unified School District.
A lawsuit was brought against the district for partnering with CAIR and allowing the Islamist organization to run a discriminatory, unconstitutional propaganda program in its schools.
The court agreed with this assessment.

The program in question gave Muslim students special privileges and gave CAIR the power to change the district curriculum to make sure Islam was looked upon more favorably.
Students and parents were made to watch biased videos, CAIR officials were allowed to teach students and teachers about Islam and students were trained "how to become allies with Muslims students."
The program, which began in April 2017, was based on false evidence that, in the wake of President Donald Trump's electoral victory, Muslim students were subjected to "Islamophobic" bullying. However, state records indicated there was no evidence of such bullying in the district's schools.
The court ruled that the program was unconstitutional because it violated the First Amendment's Establishment Clause by favoring one religious group over another and mixing government with religion.
Under the terms of the ruling, the school district is required to permanently drop the program and prevented from allowing CAIR to be involved in school activities in the future.
Further, school officials must correct the pro-Muslim student bias and disproportionate emphasis on Islamic history in its curriculum, which were both instituted through the program.

The court further gave the following guidelines to the schools:
"Educators should treat each religion with equal respect, with the time and attention spent discussing each religion being proportionate to its impact on history."
"Educational material on religious subjects must be neutral and may not be presented in a manner that promotes one religion over another."
"Educators or other staff sponsoring guest speakers at District events must ask them not to use their position or influence on students to forward their own religious, political, economic or social views and shall take active steps to neutralize whatever bias has been presented."
"Guest speakers from religious organizations are not permitted to present to students on religious topics."
"This is a tremendous victory, because CAIR intended this plan to be a pilot program for a nationwide rollout," said Daniel J. Piedra, executive director of the Freedom of Conscience Defense Fund (FCDF), the organization which brought the suit against the school district.
The FCDF said that other school districts similarly affected by CAIR are Seattle Public Schools, Minneapolis Public Schools, Cajon Valley Unified School District and Gilroy Unified School District.
"This settlement agreement will serve as a warning to politically correct school boards nationwide to think twice about partnering with CAIR," said Charles LiMandri, chief counsel for FCDF.
LiMandri called the court's decision a "victory against radical Islamic indoctrination in America's schools."
The FBI and the Justice Department have both banned CAIR as an outreach partner because of its Islamist agenda and ties to Hamas and terror funding.

In 2007, the U.S. government labeled CAIR an unindicted co-conspirator in the trial of the Holy Land Foundation for financing the Hamas terrorist group.
In November 2014 CAIR was designated as a terrorist organization by the United Arab Emirates.
CAIR was listed by the U.S. government as being among "individuals/entities who are/were members of the U.S. Muslim Brotherhood's Palestine Committee and/or its organizations." The Palestine Committee was a secret body set up by the Brotherhood to advance the Brotherhood/Hamas agenda in America.
A secret meeting of the committee held in Philadelphia in 1993 was wiretapped by the FBI. Nihad Awad, co-founder and executive director of CAIR participated in that meeting where members agreed that a new "neutral" entity for influencing U.S. policy and opinion was agreed upon.
Awad founded CAIR the following year.
It should come as no surprise that U.S. Rep. Ilhan Omar of Minesotta recently spoke at a CAIR fundraising event - however her presence was met by several thousand protesters opposed to her recent anti-Semitic
remarks.
Originally published at Clarion Project - reposted with permission.