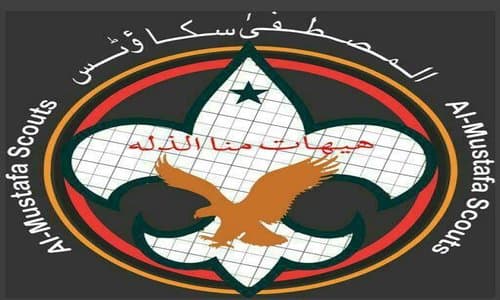 By Ryan Mauro/Clarion Project June 12, 2019
Share this article:
Iranian regime and Hezbollah supporters have set up Boy & and Girl Scout branches in Michigan.
In fact, the Boy Scouts of America website officially recognizes one Islamist-linked Boy Scout pack in the state, listing a Cub Scout branch, Pack 1139, at the Bint Jebail Cultural Center in Dearborn.
Cub Scouts are for children from kindergarten through fifth grade.
In 2017, the Muslim Scouts of Michigan held its Waiyullah Camp where the boys and girls were taught by a radical supporter of the Iranian theocracy and Hezbollah, Sheikh Usama Abdulghani.

The sheikh preaches that Muslims must follow the commands of Iranian Supreme Leader Khamenei and Hezbollah leader Hassan Nasrallah. He has also said that ISIS is a secret front for Israel and the West as part of their war against Islam.
An older website for the Muslim Scouts of America, shows that it previously had a weekly program every Sunday at the Islamic Institute of Knowledge in Dearborn. This mosque has a history of honoring Ayatollah Khomeini, the leader of the 1979 Islamic Revolution in Iran and founder of the current theocracy.
The Bint Jebail Cultural Center, which is largely Lebanese, says its Boy Scout branch was started in 1997 "through the Boy Scouts of America." It was founded by Hajji Khalil Baydoun, the treasurer of the Bint Jebail Cultural Center's executive board.
In 2001, it took on the name of the Muslim Scouts of Michigan. This development started:
"...bringing our religion and heritage to our scouting program. Although not an Islamic school, this is where our religion is put into practice and carried out on a daily basis through the Scout Law and Oath  ... All along this journey to become an Eagle Scout, our religious morals are being instilled and put into action."
The center's promo video says it has a class on Saturday for youth to learn Arabic and understand the Koran.
If religion is being integrated into a Boy or Girl Scout program, then it's reasonable to ask what type of religious interpretation is being taught to these youth, especially when the camping activities include "rifle shooting."
The Muslims Scouts of Michigan website says its weekly program is held every Friday at Great Revelations Academy in Dearborn. The Academy is literally less than 400 feet from the Bint Jebail Cultural Center responsible for the Muslim Scouts.
The Clarion Project published an expose of the academy's support for the Iranian theocracy and Hezbollah terrorist group in April. The academy is a private school for children from kindergarten through 9th grade.

In one post, at a time when Iranian women were bravely taking off their headscarves in public to protest the mandatory wearing of the hijab, he translated an explanation from Supreme Leader Khamenei justifying the law. It depicted the regime as a bigger supporter of women's rights than America.
The Khamenei quote he translated and posted reads:
"Every movement that seeks to defend women (e.g. women's rights) must have its main goal be the chastity of women. The West does not care about the issue of women's chastity and it has resulted in a mockery ... When you look around the world, you see that one of the problems of women in the Western world, especially in the United States of America, is the issue of men exploiting their power to abuse women's chastity ... Islam is aware of this issue, and for that reason, the issue of hijab has been mandated by Islam, for that very reason."
A second Al-Mustapha Boy Scouts leader also posts videos from Iranian regime officials, including Khamenei and Alireza Panahian, a radical cleric who has called for the execution of major opponents of the regime in Iran.
At least two other Al-Mustapha Boy Scout leaders are seen in a picture with Sheikh Ibrahim Yassine, yet another radical pro-regime cleric.
In a speech from 2016 in Detroit on Al-Quds [Jerusalem] Day, Yassine referred to America as the biggest terrorist in the world and expressed how those who stand with Iran's leaders stand with truth.
Part of the speech, given in Arabic, was translated by Clarion's Arab Affairs Analyst and Shillman Fellow Ran Meir:
"This American administration is the one that supports terror in our area. We say it out loud and you all know that," Yassine said. "Imam Khomeini emphasized the importance of participating in Quds Day," he added.
The Boy Scouts and Girl Scouts of America are meant to be patriotic organizations. The Scout oath includes a pledge to "do my best to do my duty to God and my country and to obey the Scout Law."
Support for the Iranian regime, Hezbollah and their radical clerics who shout "Death to America" is hardly compatible with the Boy Scouts and Girl Scouts' oath, mission and purpose.
The Boy and Girl Scouts should expel any affiliate or leader linked to such blatant radicalism. Islamist extremists should not be allowed to use the good names of the Boy Scouts and Girl Scouts to push their hate-filled agenda.
These organizations are cynically indoctrinating children to become the next generation of extremists - a real form of child abuse.
Originally published at Clarion Project - reposted with permission.