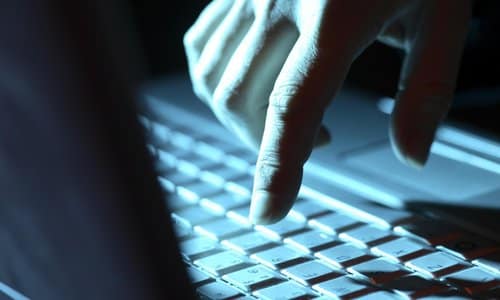 By Jonathon Van Maren/Bridgehead.ca June 26, 2019
Share this article:
In the days after I arrived in Ireland last May with several of my colleagues prior to the abortion referendum, the headlines were buzzing with the details of a stomach-turning story: A 14-year-old schoolgirl had gone missing. Days later, Ana Kriegel was found dead in an abandoned farmhouse in Lucan, roughly 12 kilometers west of Dublin.
She was naked, and had suffered brutal injuries to her head and body. A ligature was still wound around her neck. Ana Kriegel, who had been adopted from Russia as a baby, is now believed to have been dead within 45 minutes of leaving her home.

She was lured to the farmhouse by one of two 13-year-old boys, known as Boy A and Boy B due to their age. Boy B told her that Boy A wanted to see her. Once they had her alone and out of earshot, they sexually assaulted her and killed her.
Her corpse was found lying with her head tilted back amid broken beer bottles and a club with nails pounded through it. Her adoptive parents, who had adored her with all their hearts, were utterly crushed. The two boys, now 14-years-old, have become the two youngest boys in Irish history to be convicted of murder.
What the jury did not get to hear--Mr. Justice Paul McDermott ruled that the "prejudicial value" of the information outweighed the probative value--is that the boys were obsessed with pornography, and that the porn they consumed likely informed and perhaps even inspired their savage killing. Two phones in Boy A's bedroom, for example, contained over 12,000 images, most of them pornographic.
These photos included men sexually assaulting young women, some of them dressed in school uniforms. Other images were of scenes too horrific to describe. Some searches were specifically for Russian girls, and others were for child pornography. The prosecuting counsel Brendan Grehan asked that this evidence be admitted because they highlighted the boy's attitude towards consent, but this was denied.
The reaction to this news--the vast and evil porn collection of the boys has been widely discussed in the press--indicates that most adults are still unaware of the fact that violent pornography is regularly consumed by young teens, and this material is creating a violent new ideology of sexuality that the upcoming generation has been raised on.
In the age of Fifty Shades of Grey and a diet of hardcore pornography that begins long before any actual relationships with real people do, the simple reality is that millions of young men and boys are growing up with sexual violence at the core of their fantasies--and they often have no way of distinguishing between their fantasies and reality.

This wasn't the only court case that featured the insidious impacts of pornography. Several weeks ago, a teenager from Northern Ireland was convicted of raping a seven-year-old boy in 2015, when he was 13-years-old.
This, unfortunately, is becoming increasingly common, as pornography use at increasingly young ages has led to an enormous spike in child-on-child sexual assaults--the judge told the teen that he would have received a seven year jail sentence if he had been older when the assaults occurred.
Children see pornography, and often attempt to act out what they see, just as they do for many, many other activities. In the case of porn, of course, this has devastating consequences.
It is not just me drawing the connection between the young teenage boy's rape of a younger boy and pornography, either. Judge Patrick Lynch told the boy that, "The use of pornography may have had an impact on your offending," and in all likelihood, it did.
Dr. Mary Anne Layden, who has done some of the most ground-breaking research on the links between pornography and sexual violence, is a psychotherapist and the Director of the Sexual Trauma and Psychopathology Program in the Department of Psychiatry at the University of Pennsylvania.
During one interview, she told me that she began to research these links when she realized, after decades of counseling both the perpetrators and victims of sexual violence, that pornography had been involved in every single situation.