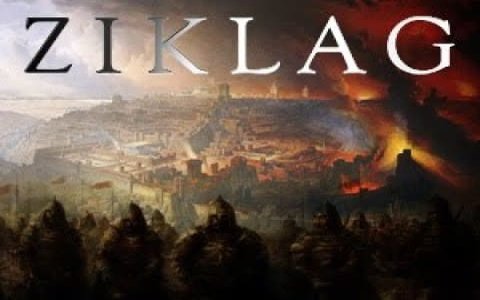 By JNS.org July 09,2019
Share this article:
The Israeli Antiquities Authority, Hebrew University in Jerusalem and Macquarie University of Sydney, Australia, have announced the discovery of what they believe is the biblical city of Ziklag, the Philistine city in which according to the Bible the young David took refuge from King Saul.
Ziklag is mentioned in the Bible multiple times in relationship to David, who the Bible states received sanctuary in the city along with his army, with the permission of Achish, King of Gat.
The site is also believed to be the place from which David left to journey to Hebron, where he was anointed King of Israel and ruled for seven years before ascending to Jerusalem.
Later on, Ziklag is mentioned in the Book of Nehemiah as a center for Jews returning from the Babylonian exile.
Over the years of archaeological searches for the city, numerous alternative locations were proposed but none met all the required criteria.
The excavations at the current site, called Khirbet a-Ra'i, began in 2015 and uncovered some 10,700 square feet in the Judean foothills between Kiryat Gat and Lachish, according to the press release put out by the IAA and the Hebrew University.

Researchers say the location is unique because it contains evidence of continuous settlement, including signs of a Philistine community and King David-era Jewish settlement, in keeping with the required criteria for Ziklag.
Moreover, the site shows evidence of having been destroyed by a massive fire, which is how Jewish Ziklag was brought down at the hands of the Amalekites.
Findings at the site include massive stone structures with bowl- and oil-lamp offerings beneath the floors, consistent with Philistine civilization.
Nearly 100 pottery vessels for storing oil and wine, identical to those found in the fortified Judean city of Khirbet Qeiyafa, which has been identified as the biblical city of Sha'arayim, were also located amid evidence of the ancient fire at the site and carbon-dated to the time of King David.
Originally published at JNS.org - reposted with permission.