World Vision's Deal With The Devil 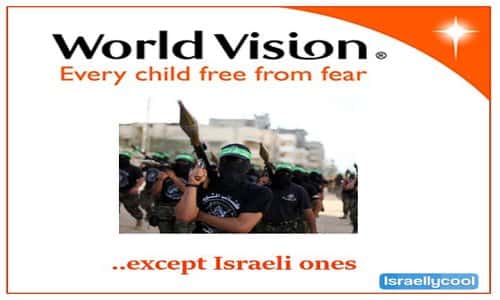 By Karys Rhea/Counter-Islamist Grid August 22, 2019
Share this article:
World Vision, a multi-billion dollar international charity founded on evangelical Christian principles, has made quite a few deals with the devil. A new terror-funding scandal seems to implicate the organization every few years.
Last month, documents obtained from the U.S. Treasury via the Freedom of Information Act revealed how World Vision used funds from the United Nations to bankroll the Islamic Relief Agency (ISRA), a designated terror finance charity based in Sudan that has raised millions for al-Qaeda in the past.

This news comes after revelations that World Vision provided U.S. taxpayer dollars to the al-Qaeda-linked group. Moreover, World Vision allegedly sought to strong-arm Treasury into allowing the ISRA project to continue, soliciting congressmen to intervene and threatening litigation.
World Vision has a history of ignoring finance risks. In 2016, Mohammed El Halabi, head of World Vision's Gaza operations, confessed to redirecting $50 million to the terrorist group Hamas. In 2012, World Vision diverted $1.68 million of Australian government aid to a fake Palestinian charity established by the PFLP terror group.
World Vision maintains a strong New York presence, where supporters have largely turned a blind eye to the group's sinister activities. World Vision's partners include three of New York's biggest evangelical churches: Redeemer, Hillsong, and Times Square Church, along with local civil society and non-governmental groups, including Operation Exodus, Crossroads Tabernacle Church, Real Life Church, South Bronx United, Manhattan Bible Church, and Hope for New York.
Institutions reached for comment about World Vision's record appeared indifferent or defensive.
"I'm not very aware of their international work but that sounds out of character with the people and the ethos that I see coming out of the organization," said Matt Mahony, CPO of Operation Exodus.
Local World Vision partners presented with information about these cases responded with silence or defensiveness.
"I've never heard anything like that about World Vision," said Pastor Willie Lopez of Manhattan Bible Church. "All I know is that they are a tremendous help to the community."

One affiliate isolated the El Halabi scandal, claiming his church would stand by World Vision because charges weren't proven in court. Another church administrator said accusations were driven by an anti-evangelical agenda.
Pro-Israel evangelicals should also be troubled by World Vision staffers' anti-Israel stances and borderline anti-Semitic comments -- like those of former World Vision International Operations Director Tom Getman, who called Hezbollah leader Hassan Nasrallah a "friend."
A variety of different sources from different backgrounds have raised issue with World Vision's anti-Israel bent. In a 2016 article, Luke Moon, an ordained Southern Baptist minister, wrote that World Vision had "done more to undermine Christian support for Israel than any other organization."
World Vision's defense raises more questions, with many of its claims proving difficult to verify. Financial reports are opaque. There's little indication where donations are spent, and annual reports seem irreconcilable with details made in statements. NGO Monitor called it a "multibillion-dollar NGO industry that remains largely unregulated and unexamined."
New York evangelicals' resistance to the truth about World Vision is perplexing. The Jewish and Zionist communities, on the other hand, know where World Vision stands.
Asked about the ISRA allegations, Ephraim Inbar, director of the Jerusalem Institute for Strategy and Security, commented: "We have the moral duty to demask organizations, such as World Vision, which are undermining Christian values, by spreading hatred and violence."
Avi Posnick of StandWithUs Northeast was appalled, noting, "World Vision donors and partners, including those in New York, should demand full transparency and accountability before continuing to support and work with this organization."