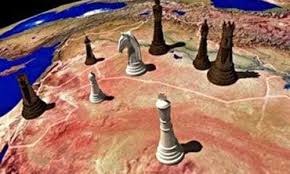 By Caroline Glick/JNS.org November 04, 2019
Share this article:
U.S. President Donald Trump's many critics insist he has no idea what he's doing in Syria. The assassination of Islamic State leader Abu Bakr al-Baghdadi last weekend by U.S. special forces showed this criticism is misplaced. Trump has a very good idea of what he's doing in Syria, not only regarding ISIS, but regarding the diverse competing actors on the ground.
Regarding ISIS, the obvious lesson of the al-Baghdadi raid is that Trump's critics' claim that his withdrawal of U.S. forces from Syria's border with Turkey meant that he was going to allow ISIS to regenerate was utterly baseless.
The raid did more than that. Al-Baghdadi's assassination, and Trump's discussion of the mass murderer's death, showed that Trump has not merely maintained faith with the fight against ISIS and its allied jihadist groups.
He has fundamentally changed the U.S.'s terror-fighting doctrine, particularly as it relates to psychological warfare against jihadists.
Following the Sept. 11 attacks, the Bush administration initiated a public diplomacy campaign in the Arab-Islamic world. Rather than attack and undermine the jihadist doctrine that insists that it is the religious duty of Muslims to conquer the non-Muslim world and establish a global Islamic empire or caliphate, the Bush strategy was to ignore the jihad in the hopes of appeasing its adherents.

The basic line of the Bush administration's public diplomacy campaign was to embrace the mantra that Islam is peace, and assert that the United States loves Islam because the United States seeks peace.
Along these lines, in 2005, then secretary of state Condoleezza Rice prohibited the State Department, FBI and U.S. intelligence agencies from using "controversial" terms like "radical Islam" and "jihad" in official documents.
The Obama administration took the Bush administration's obsequious approach to strategic communications several steps further. President Barack Obama and his advisers went out of their way to express sympathy for the "Islamic world."
The Obama administration supported the jihadist Muslim Brotherhood against Egypt's long-serving president and U.S. ally Hosni Mubarak and backed Mubarak's overthrow with the full knowledge that the only force powerful enough to replace him was the Muslim Brotherhood.
As for the Shi'ite jihadists, Obama's refusal to support the pro-democracy protesters in Iran's attempted Green Revolution in 2009 placed the United States firmly on the side of the jihadist, imperialist regime of the ayatollahs and against the Iranian people.
In short, Obama took Bush's rhetoric of appeasement and turned it into America's actual policy.
The Bush-Obama sycophancy won the United States no goodwill. Al Qaeda, which led the insurgency against U.S. forces in Iraq with Iranian and Syrian support, was not moved to diminish its aggression and hatred of the United States due to the administration's efforts.
It was during the Obama years that ISIS built its caliphate on a third of the Iraqi-Syrian landmass, opened slave markets and launched a mass campaign of filmed beheadings in the name of Islam.
In his announcement of al-Baghdadi's death on Sunday, Trump unceremoniously abandoned his predecessors' strategy of sucking up to jihadists. Unlike Obama, who went to great lengths to talk about the respect U.S. forces who killed Osama bin Laden accorded the terrorist mass-murderer's body, "in accordance with Islamic practice," Trump mocked al-Baghdadi, the murdering, raping, slaving "caliph."
Al-Baghdadi, Trump said, died "like a dog, like a coward."
Al-Baghdadi died, Trump said, "whimpering and crying."
Trump posted a picture on his Twitter page of the Delta Force combat dog who brought about al-Baghdadi's death by chasing him into a tunnel under his compound and provoking him to set off the explosive belt he was wearing, and kill himself and the two children who were with him.

Trump later described the animal who killed Allah's self-appointed representative on earth as "our 'K-9,' as they call it. I call it a dog. A beautiful dog - a talented dog."
Obama administration officials angrily condemned Trump's remarks. For instance, former CIA Deputy Director Mike Morell said he was "bothered" by Trump's "locker room talk," which he said, "inspire[s] other people" to conduct revenge attacks.
His colleague, former vice chairman of the Joint Chiefs of Staff retired Admiral James Winnefeld said that Trump's "piling on" describing al-Baghdadi as a "dog" sent a signal to his followers "that could cause them to lash out possibly more harshly in the wake."
These criticisms are ridiculous. ISIS terrorists have richly proven they require no provocation to commit mass murder. They only need the opportunity.
Moreover, Trump's constant use of the term "dog" and employment of canine imagery is highly significant. Dogs are considered "unclean" in Islam. In Islamic societies, "dog" is the worst name you can call a person.
It is hard to imagine that al-Baghdadi's death at the paws of a dog is likely to rally many Muslims to his side. To the contrary, it is likely instead to demoralize his followers. What's the point of joining a group of losers who believe in a fake prophet who died like a coward while chased by "a beautiful dog - a talented dog?"
Then there is Russia.
Trump's critics insist that his decision to abandon the U.S. position along the Syrian border with Turkey effectively surrendered total control over Syria to Russia. But that is far from the case. The American presence along the border didn't harm Russia. It helped Russia. It freed Russian President Vladimir Putin from having to deal with Turkey. Now that the Americans have left the border zone, Turkish President Recep Tayyip Erdoğan is Putin's problem.
And he is not the main problem that Trump has made for Putin in Syria.
Putin's biggest problem in Syria is financial. The Russian economy is sunk in a deep recession due to the drop in global oil prices. Putin had planned to finance his Syrian operation with Syrian oil revenues. To this end, in January 2018 he signed an agreement with Syrian President Bashar Assad that effectively transferred the rights to the Syrian oil to Russia.
But Putin hadn't taken Trump into consideration.
U.S. forces did not withdraw from all of their positions in Syria last month. They maintained their control over al-Tanf airbase, which controls the Syrian border with Jordan and Iraq.
More importantly from Russia's perspective, the United States has not relinquished its military presence adjacent to Syria's oil facilities in the Deir ez-Zor province on the eastern side of the Euphrates River. Indeed, according to media reports, the United States is reinforcing its troop strength in Deir ez-Zor to ensure continued U.S.-Kurdish control over Syria's oil fields.
To understand how high a priority control over Syria's oil installations is for Putin, it is worth recalling what happened in February 2018.
On Feb. 7, 2018, a month after Putin and Assad signed their oil agreement, a massive joint force comprising Russian mercenaries, Syrian commandos and Iranian Islamic Revolutionary Guards forces crossed the Euphrates River with the aim of seizing the town of Khusham adjacent to the Conoco oil fields.
Facing them were 40 U.S. Special Forces deployed with Kurdish and Arab Syrian Democratic Forces troops. The U.S. forces directed a massive air assault against the attacking forces which killed some 500 soldiers and ended the assault. Accounts regarding the number of Russian mercenaries killed start at 80 and rise to several hundred.

The American counterattack caused grievous harm to the Russian force in Syria. Putin has kept the number of Russian military forces in Syria low by outsourcing much of the fighting to Russian military contractors. The aim of the failed operation was to enable those mercenary forces to seize the means to finance their own operations, and get them off the Kremlin payroll.
Since then, Putin has tried to dislodge the U.S. forces from Khusham at least one more time, only to be met with a massive demonstration of force.
The continued U.S.-Kurdish control over Syria's oil fields and installations requires Putin to continue directly funding his war in Syria. So long as this remains the case, given Russia's financial constraints Putin is likely to go to great lengths to restrain his Iranian, Syrian and Hezbollah partners and their aggressive designs against Israel in order to prevent a costly war.
In other words, by preventing Russia from seizing Syria's oil fields, Trump is forcing Russia to behave in a manner that protects American interests in Syria.
The focus of most of the criticism against Trump's Syria policies has been his alleged abandonment of the Syrian Kurds to the mercies of their Turkish enemies. But over the past week we learned that this is not the case. As Trump explained, continued U.S.-Kurdish control over Syria's oil fields provides the Kurdish-controlled SDF with the financial and military wherewithal to support and defend its people and their operations.
Moreover, details of al-Baghdadi's assassination point to continued close cooperation between U.S. and Kurdish forces. According to accounts of the raid, the Kurds provided the Americans with key intelligence that enabled U.S. forces to pinpoint al-Baghdadi's location.
As to Turkey, both al-Baghdadi and ISIS spokesman Abu Hassan al-Mujahir, who was killed by U.S. forces on Tuesday, were located in areas of eastern Syria controlled by Turkey. The Americans didn't try to hide this fact.
The Turkish operation in eastern Syria is reportedly raising Erdoğan's popularity at home. But it is far from clear that the benefit he receives from his actions will be long-lasting. Turkey's Syrian operation is exposing the NATO member's close ties to ISIS and its allied terror groups. This exposure in and of itself is making the case for downgrading U.S. strategic ties with its erstwhile ally.
Even worse for Turkey, due to Trump's public embrace of Erdoğan, the Democrats are targeting the Turkish autocrat as Enemy Number 1. On Tuesday, with the support of Republican lawmakers who have long recognized Erdoğan's animosity to U.S. interests and allies, the Democratic-led House overwhelmingly passed a comprehensive sanctions resolution against Turkey.
The al-Baghdadi assassination and related events demonstrate that Trump is not flying blind in Syria. He is implementing a multifaceted set of policies that are based on the strengths, weaknesses and priorities of the various actors on the ground in ways that advance U.S. interests at the expense of its foes and to the benefit of its allies.
Originally published at JNS.org - reposted with permission.