Iran's Strategic Mistake: Too Many Enemies 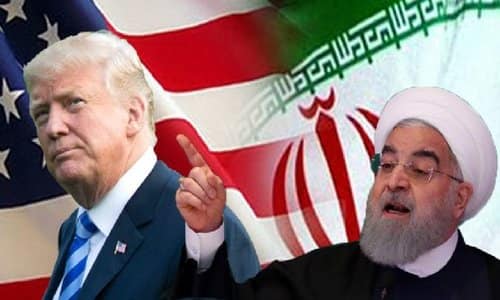 By Hillel Frisch/Algemeiner.com February 13, 2020
Share this article:
Sometimes, political demise is caused by having too many enemies.
When Japan attacked Pearl Harbor, Hitler was delighted. He reasoned that Japan, as an ally, was going to attack the Soviet Union from the east, depriving the Soviets of the divisions from the east necessary to defend Moscow from the Wermacht.
He was dead wrong. By bringing the US into World War II, the Japanese set the course toward Hitler's demise. It was a case of one enemy too many.

When ISIS threatened to overrun Baghdad after taking Mosul, pundits wondered if its ascent was to be a rerun of the rise of the Arab empire in the seventh century.
Perhaps it was -- until ISIS began killing Americans and nationals of other allies in Iraq, and attracting Chechen Islamist fighters. The Americans and their allies began pounding ISIS bases and fighters only to be followed by Putin's air force. The ISIS "caliphate" did not live long enough to regret its folly.
David Ben-Gurion, by contrast, understood the danger of one enemy too many. In Operation Horev, toward the end of the War of Independence, the IDF perfected its fire and maneuver tactics and overwhelmed the Egyptian forces in the Sinai.
But Britain, which had a defense pact with Egypt, would have been one enemy too many for the IDF. Ben-Gurion accordingly ordered the withdrawal of Israeli forces, to the dismay and anger of commander Yigal Allon.

Throughout history, the art of choosing one's enemies -- and, even more importantly, limiting their number, has helped dictate which leaders are successful and which are not.
A photo in Al-Arabiya of Amir Ali Hajizadeh, commander of the Iranian Revolutionary Guards' Air Force, graced from all sides by flags of Iran and Iranian proxy militias, strongly suggests that the Islamic Republic is following in the footsteps of Hitler and ISIS, rather than those of Ben-Gurion.
The message the photo wants to send is clear enough: Just as a US general speaking at NATO headquarters is surrounded not only by the American flag but by the flags of all the alliance's member states, so too does Iran have allies -- its proxies. Hajizadeh was surrounded by the flags of Hezbollah, the pro-Iranian militias in Iraq, the Houthis, and the Palestinian terror groups Hamas and Islamic Jihad.
But Iran got its optics wrong. Instead of evoking similarity with the US and its allies, the photo showed Tehran's fundamental difference from the US.

The US is backed by an alliance of states that deters enemies for the mutual benefit of all members. Iran has proxies that deepen the enmity between Iran and the states in which the proxies operate.
The photo of the Iranian general sends a message not of the Islamic Republic's solidarity with sovereign states, but of its position as the central actor undermining those states. While an American general surrounded by NATO flags evokes friendship, an Iranian general surrounded by proxy flags reinforces enmity.
Fortunately for the regime, President Donald Trump wants to make a deal, so Iran can make the transition to a state that chooses its friends and foes selectively, instead of creating a solid coalition against everyone. ISIS, which Iran helped defeat, scarcely exists today.
A "no" from the Islamic Republic of Iran to Trump might spell a similar fate.
Originally published at Algemeiner.com - reposted with permission.