Cancel Culture - What Are You Going to Do When They Come for You? 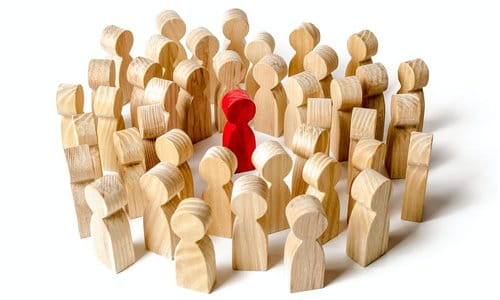 By Michael Brown/AskDrBrown.org July 20, 2020
Share this article:
To all the wealthy, liberal elites who are cheering on the protests and riots, a word of warning is in order. The same holds true for the conservative Christians who are lining up to show their support for the BLM movement. To each of you I say: Do not be deceived. The cancel culture will soon be coming for you.
A few weeks ago, I read about a TV sports journalist who tweeted his support for rioters in a nearby city. "Burn that s-- down. Burn it all down," he tweeted with glee.
Later that same day, as the mob marched towards his private neighborhood, his tone had changed. He called them animals and -- get this -- noted how the crowds scattered when the police arrived. How ironic! The cry to defund the police lasts only so long.

"Guillotine" Treatment Comes for Jeff Bezos
Amazon's Jeff Bezos is the latest to face the wrath of the mob.
As Breitbart reported, "According to a number of videos posted to social media, protesters in DC placed a model guillotine in front of Amazon CEO Jeff Bezos' Washington complex. A flyer for the event stated 'End the abuse and profiteering. Abolish the police, the prisons, and Amazon.'"
And note that, "Alongside the guillotine was a sign reading 'support our poor communities, not our wealthy men.'"
Oh, yes the guillotine once again. As in off with your head. As in CHOP.
Conservative web host Drew Hernandez posted another video in which a DC protester said, "when they become threatened, and we have no voice, the knives come out." And the protester delivered these comments while standing in front of the guillotine.
All clear on the meaning of "knives"!
It's true that Bezos has come under attack for allegedly taking advantage of Amazon employees.
But Bezos is also famously liberal. He is the owner of the leftist Washington Post. In 2012, he pledged $2.5 million to support same-sex "marriage" in Washington State. And the award winning transgender comedy series, Transparent, was produced by and aired on Amazon.
But Bezos is also rich. Very rich. And that makes him a target. After "defund the police," it will probably be "defund the rich." (In Beverly Hills Sunday BLM protesters were actually chanting "eat the rich.")

Cancel Culture Comes for Canceling Writer
Jemele Hill has also felt the wrath of the culture-cancelling mob. (Hill formerly worked for ESPN and is now a writer for the Atlantic.) But 10 years ago -- yes, a decade ago -- she cracked some jokes on Twitter that were considered transphobic and homophobic.
Yet as Breibart notes, "This is the same Jemele Hill who several years later went hammer and tong against Milwaukee Brewers relief pitcher Josh Hader for racist and homophobic tweets he posted when he was a kid in high school.
"In her screed against Hader and those who supported him in 2018, Hill sneered, 'Realize that when you chalk Hader's remarks up to youth and immaturity or worse, and give him an over-the-top applause for God knows what, you're simultaneously telling the people hurt by his remarks that their feelings of resentment and skepticism don't matter.'"
Now, Hill is being targeted by the Twitter crowd, with comments like this: "Time's up. We are coming for every last one of you [expletives] right now. No more playing nice, we played by your rules, now you get to, and I've been waiting for this one for a long time now. #CancelJemele #CancelJemeleHill."