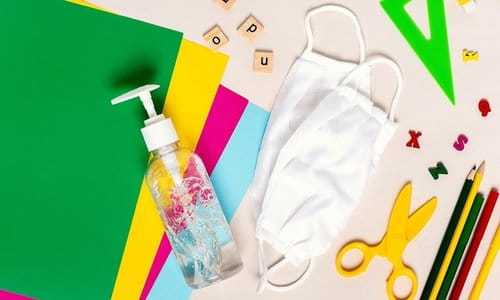 By John Stonestreet/Breakpoint.org August 29, 2020
Share this article:
Most public schools across the country are either attempting to hold school remotely or, in some hybrid form, brings kids back in the classroom in a limited way, keeping the numbers low. And that's just for now.
The plan has already changed in many districts and will likely change again before all is said and done. The only sure thing, when it comes to this school year is that it is not going to be a normal one.
For a group of churches and ministries in Ohio, this is an opportunity to, in the words of the prophet Jeremiah, seek the welfare of the city. A few months ago, public school districts in Columbus asked local churches to provide additional space for students who have working parents, and whose school would not be opening for in-person instruction.

Looking for places where students could access tech devices and the internet, be under adult supervision, where food could be provided, churches in Columbus opened their doors.
Spearheaded by a faith-based group called Catalyst For Columbus, churches are opening "Learning Extension Centers," where kids can do their online schoolwork with help from tutors.
Dozens of churches have signed up, all on their own dime. One local ministry called The Dream Center plans to open 20 Learning Extension Centers across Columbus.
A friend of mine was helping a local pastor think through the logistics of setting up a center, including volunteer tutors, food, supplies, maybe transportation. At the end of their conversation they just laughed. "Pastor," my friend said, "I think we've just invented school!"
What makes all of this more interesting is that in Ohio, the relationship between public schools and the Church has not always been cordial. Two months ago, Ohio lawmakers passed a bill clarifying the rights of students to express their religious faith at school.

Sponsors of the bill said schools were treating Christian clubs differently than other clubs, not allowing them to meet in school buildings, and students were being told they couldn't express their Christian beliefs in school assignments or projects.
The fact that this bill, which the governor quickly signed into law, was even necessary is cause for concern. And frankly, there's frustration that, after such hostility, the schools would now turn to churches for help. The churches, however, set all that aside to seize an opportunity to offer Christian generosity as a powerful witness to the city of Columbus.
The Church should help like this, wherever and whenever it can, whether or not it's getting paid, and whether or not it's ever thanked. Families scrambling to figure out what to do about school and work are our neighbors. School administrators and teachers are our neighbors. "Love your neighbor," Jesus said, and "Give to the one who asks you."
What these Ohio churches are doing is an example of something one pastor encouraged all of us to think about during our recent prayer call. Like God asked Moses, we are encouraged us to ask ourselves, "What's in our hand?" Moses had a staff, and through it, God freed His people and accomplished great wonders.
These Ohio churches took inventory and are offering what they have: space, technology, volunteers, and internet.

Suddenly, the state isn't fighting about whether Christian groups should be allowed to be meet in their secular space, or whether some imaginary interpretation of the Establishment Clause is being violated. Rather, they are asking if students can be allowed on a property dedicated to Christ and served by volunteers dedicated to Christ.
Sounds like a win to me.
Now these churches will not only be able to provide extension learning centers, they will be able to show families, teachers, and school districts the love of Christ.
Maybe some of these churches will discover they have what they need to start their own school long-term. Maybe this tenuous relationship between Church and school districts will outlast the pandemic.
Originally published at Breakpoint.org - reposted with permission.

January 13, 2022The Palestinian School Of Terrorism

A Palestinian teacher and three school children were directly involved in the recent spate of terror attacks against Israelis. This came a...

January 11, 2022Israel Is Fast Approaching The Moment Of Truth With Iran

The Iranian nuclear threat won't be eliminated regardless of what deal is reached. The Iranians will be able to secretly move ahead with t...

To put it bluntly, the Bible is not anti-science. Rather, the Bible explains why science works. And, every once in a while, the Bible offe...