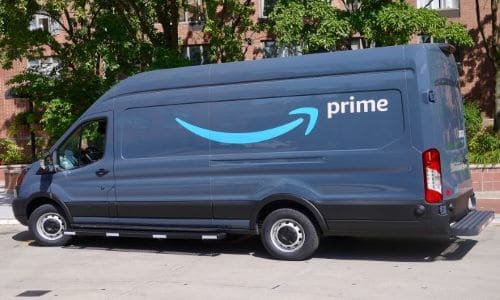 By Lauren Kaori Gurley/Activist Post March 25, 2021
Share this article:
Amazon delivery drivers nationwide have to sign a "biometric consent" form this week that grants the tech behemoth permission to use AI-powered cameras to access drivers' location, movement, and biometric data.
If the company's delivery drivers, who number around 75,000 in the United States, refuse to sign these forms, they lose their jobs.
The form requires drivers to agree to facial recognition and other biometric data collection within the trucks they drive.

"Amazon may... use certain Technology that processes Biometric Information, including on-board safety camera technology which collects your photograph for the purposes of confirming your identity and connecting you to your driver account," the form reads.
"Using your photograph, this Technology, may create Biometric Information, and collect, store, and use Biometric Information from such photographs."
It adds that "this Technology tracks vehicle location and movement, including miles driven, speed, acceleration, braking, turns, and following distance ...as a condition of delivery packages for Amazon, you consent to the use of Technology."
In February, Amazon announced plans to install the AI-powered four-lens cameras, made by the tech company Netradyne, in all of its Amazon-branded delivery vans.

The company says cameras are being used to improve "safety" and the "quality of the delivery experience."
But as Thomson Reuters reported earlier this month, some drivers are quitting their jobs because of privacy concerns.
The Netradyne cameras are able to sense when a driver yawns, appears distracted, or isn't wearing a seatbelt, according to a product description, and monitor drivers' body and facial movements.
Originally published at Activist Post - reposted with permission.