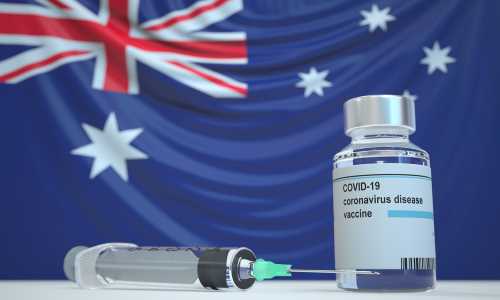 By Tyler Durden/Activist Post November 03, 2021
Share this article:
Multiple reports out of Australia over the past days have confirmed that state and territory governments are threatening to seize the homes and bank accounts of citizens over unpaid "COVID violation" fines. This as much of the country's population are now living under vaccine mandates linked to employment: take the jab or face termination, many Aussies are being told.
For example, a new report in the Daily Mail has reviewed fresh government data compiled by the Queensland health authority. It found that "Queenslanders who received fines for breaking Covid-19 rules risk having their homes seized and bank accounts frozen in a government crackdown to collect $5.2 million in repayments."

Over 3,000 cases of unpaid fines have piled up across the large northeast Australian state - but the current number may be much more - given the last available data tracks the overdue fines through the end of September.
Writing on the potential punitive actions that the State Penalties Enforcement Register (SPER) is now threatening Australian citizens with, the Brisbane Times details:
SPER was undertaking "active enforcement" on another 18.4 per cent of fines, worth about $1 million, which a spokesman said "may include garnishing bank accounts or wages, registering charges over property, or suspending driver licenses".
The remaining 25.2 per cent of fines were either under investigation or still open to payment without further action being taken.
So, effectively large swathes of Australia are seeing the government now exercising total control over their lives - taking away everything from citizens, who apparently still have no recourse: private citizens' money, property, and even ability to freely transport their own vehicles are under threat.

Since the start of the pandemic, Australia (as well its smaller Pacific neighbor New Zealand) has been at the global forefront of absolute Covid nuttiness - whether it's authorities arresting people at public parks for not wearing masks, or police showing up at doorsteps to question residents on their anti-lockdown stances, or also forcing perfectly healthy people into weeks of hotel quarantine at individual expense.
On that latter note, Brisbane Times says that an even larger number of people may have their credit history destroyed as the state calls in debt collectors for prior expenses stemming from forcible hotel quarantine:
Outside SPER's work, Queensland Health took the unusual step of calling in private debt collectors to chase up $5.7 million amounting from 2045 significantly overdue invoices for hotel quarantine.
"Queenslanders rightly expect travelers will pay for their hotel quarantine stays and not leave taxpayers to foot the bill," a Queensland Health spokeswoman said.
In the Orwellian newspeak of Covid enforcement lunacy, those who are forced by the state to be locked up inside hotel quarantine in mandated total self-isolation for weeks on end are dubbed merely "travelers".
Meanwhile, in neighboring New Zealand, Prime Minister Jacinda Ardern is now comfortable enough to bluntly and openly admit what many of these draconian Covid state crackdown actions are really all about...creating two classes of people, the vaccinated and the unvaccinated.
Originally published at Activist Post - reposted with permission.