When the Sky Really Is Falling: Repent, And Be The Church 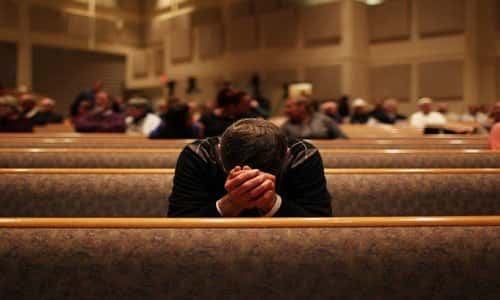 By Eric Metaxas/Breakpoint.org August 01, 2016
Share this article:
It seems Chicken Little may be on to something.
My friend Rod Dreher is as sane and stable as anyone I know, and he's saying, in essence, that the sky is falling. I reference his new article in The American Conservative, called "The Coming Christian Collapse."

He begins by saying that the two-thirds of millennials who were raised religiously unaffiliated still have no denominational identity today. Unlike previous generations, they're not joining churches as they get older and raise kids.
Second, Rod says, "Millennials, even those who identify as Christians, are shockingly illiterate, both in terms of what the Bible says and more generally regarding what Christianity teaches." This growing biblical illiteracy has led to a moral decline of our young people into consumerism, drug abuse, sexual liberation, and civic and political disengagement.
Third, Rod says that the working class has largely abandoned the church, and that if the middle class follows suit, as appears likely, the church will be in a world of hurt.
He quotes the late Michael Spencer, who warned of a coming evangelical collapse: "We Evangelicals have failed to pass on to our young people an orthodox form of faith that can take root and survive the secular onslaught."
These are chilling words. We talk a lot on BreakPoint about external threats to our souls, and rightly so. But as Abraham Lincoln once said in another context, "If destruction be our lot, we must ourselves be its author and finisher."
Yet I am hopeful, as every Christian must be. As my colleague John Stonestreet says so often, we are part of the grand story of the universe. And God is the author of that story. Yes, as Peter reminds us, we will have to suffer "various trials." But why? "So that the authenticity of [our] faith . . . may result in praise, glory, and honor at the revelation of Jesus Christ (1 Peter 1:6-7)".

This is not new. Back in the '30s and '40s, German Christians had to take a clear stand or be absorbed or compromised by evil--and some, like Bonhoeffer, chose the cross.
Look at our brothers and sisters in the Middle East. Now, I'm not ready to say we American Christians may soon have to apostasize or die, but I can't help but think of the words of the late Pastor George, who said he would die in his bed, his successor would die in prison, and his successor will die a martyr in the public square.
So, what do we do? We repent--repent of our sins, the sins of the church, and, yes, the sins of our nation: the sins of pride, racism, sexual libertinism, greed, lust for power, and a callous disregard for human life among them.
Second, we must recommit ourselves to Jesus. We need to seek the mind of Christ, to think and to act as Christians, to know our Bible and to live by it in the power of the Spirit, "making the most of your time, for the days are evil." We must commit anew to forming a biblical worldview and evaluating everything in our lives in light of it.
We must recommit our time and our treasure to evangelism, missions, and Christ's command in Matthew 25 to feed the hungry, clothe the naked, heal the sick, and visit the prisoner. Christian faith is not a nice add-on to our agendas, it's the very marrow of our lives.
The question is this: Will we love God with our whole heart, soul, and mind, and our neighbor as ourselves?
But don't be intimidated by the internal and external challenges we face. Remember that God can do very much with very little, and that success doesn't depend on political or cultural power. While the Church may face trials, the gates of hell will not prevail, and Christ's victory is assured.
Originally published at breakpoint.org - reposted with permission.