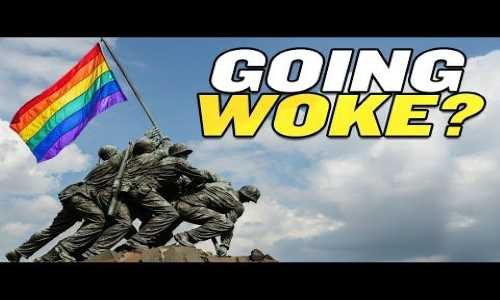 By The Washington Stand August 03, 2022
Share this article:
One of America's most-hated terrorist enemies has been killed -- but it is no time for America to become complacent about the terrorist and geostrategic threats facing our "woke" and politicized military, a top general said on Monday.
President Joe Biden announced Monday night that a U.S. military drone killed the leader of al-Qaeda, Ayman al-Zawahiri, in Kabul over the weekend. Al-Zawahiri, who succeeded Osama bin Laden after serving as his closest adviser, did much of the terrorist network's tactical planning, including its attack on the United States on September 11, 2001.
"Justice has been delivered, and this terrorist leader is no more," Biden declared in a nationally televised address. Speaking from a White House balcony after testing positive for a case of "rebound COVID," Biden stumbled over the fallen terrorist's name as he revealed that he authorized the "precision strike" on July 25 after carefully assuring no other individual would be harmed. An aggressive decision of this sort seems out of character for Biden, who opposed the Seal Team Six mission that successfully killed Osama bin Laden in Pakistan in 2011.

While "the president and his administration, and the DOD and CIA, deserve a lot of credit" for removing al-Zawahiri, his death will only set back his terrorist followers and "demoralize them" in the "short term," Lt. Gen. (Ret.) Jerry Boykin told "Washington Watch with Tony Perkins" Monday afternoon. "You can't kill one man and shut down a terror network like this." The largely diffuse organization lost its head, but the Islamic extremist ideology that motivates its foot soldiers remains a potent force for evil.
"The theology lives on," said Boykin. "There's a theology here that is subscribed to by millions of Muslims around the world. It's a jihadist theology. And the propaganda that the network has espoused for probably two decades now is one that has taken roots throughout the Islamic world."
Al-Zawahiri acquired his Islamist worldview as a member of the Muslim Brotherhood, which teaches a form of radical Wahhabi Islam. The group, estimated to have two million adherents, remains a powerbroker in Egypt. The Biden administration, like the Obama-Biden administration, has pressured the Egyptian government to ease off efforts to suppress the Brotherhood. Al-Zawahiri later formed the Egyptian Islamic Jihad, which he later folded into the broader al-Qaeda organization.
Biden said the killing, which brings justice to the last of the 9/11 masterminds, sent a message: "No matter how long it takes, no matter where you hide, if you are a threat to our people, the United States will find you and take you out." But Boykin and others are not so certain that's the message global leaders would receive looking at the Biden administration's military policies.

A drone found Zawahiri in the capital city, "living there fairly openly, not trying to hide," and likely with the knowledge of the ruling Taliban government, said Michael Morrell, the acting CIA director under Barack Obama. The United States began its two-decades-long war against Afghanistan to topple the Taliban after then-President George W. Bush announced, "We will make no distinction between the terrorists who committed these acts and those who harbor them."
Afghanistan has, once again, become a safe haven for al-Qaeda. Biden's ill-planned withdrawal from Afghanistan last summer "will go down in history as being one of the most poorly run operations that our military has ever been in," the general, who now serves as executive vice president of the Family Research Council, told FRC President Tony Perkins. "Aside from the fact that we lost 13 people" in the U.S. military when two explosions tore through the Kabul airport during the evacuation, "we left people behind. We breached a longstanding code of ethics for American military."
The surprise attack on a foreign terrorist clashed with the Biden administration's all-pervasive focus on alleged domestic terrorism and "extremism." The president has purged the military of soldiers suspected of unspecified "extremism," often relying on the views of the Southern Poverty Law Center, whose resources have inspired a previous act of domestic terrorism.
"Attorney General Merrick Garland asserted in February that 'the top domestic violent extremist threat comes from racially or ethnically motivated violent extremists, specifically those who advocated for the superiority of the white race.'" His Justice Department once lumped upset parents at school board meetings in with domestic terrorists.
"It is time again for not only our rhetoric, but our actions to show a real resolve," stated Boykin.
Instead, military leaders -- acting on the orders of the Biden administration -- "sold out to the climate change advocates as well as the LGBT people," noted Boykin, saying "so much of what happens in our military is driven by those two agendas."

He surmised that military leaders do not really believe that climate change is the gravest threat facing the United States, but "parrot" the administration's talking points. "Now would be a good time for some of them to walk in, lay their stars on the table, and say, 'I will no longer be part of this kind of nonsense,'" Boykin said.
Many would-be officers have preemptively resigned by never signing up for the armed services in the first place. Under President Biden, the military has serially failed to meet recruiting goals, with the Army achieving a mere 40% of its enlistment target by late June. New recruits "can't have confidence in a chain of command that bullies them -- literally bullies them -- to take a vaccination that they don't want or that throws them out when they're unwilling to take it." At least 250,000 enlisted men face impending face termination for refusing to become fully vaccinated with the COVID-19 vaccination.
Soldiers have even less respect for leaders who have "used their precious training time, when they should be preparing for war, sitting in a classroom, listening to someone as they divide that room up and say, 'All of you on this side are oppressors, and all of you on this side are the oppressed.' It is called critical race theory." Teaching racially-divisive concepts based on cultural Marxism "does nothing but destroy the cohesion of any organization," the general said.
If Americans want the military to remain strong enough to repel terrorists, "We need we need to start at the ballot box with elected representatives -- House and Senate -- that care about our military and are willing to do the right thing with regards to our military," he concluded.
Originally published at The Washington Stand - reposted with permission.