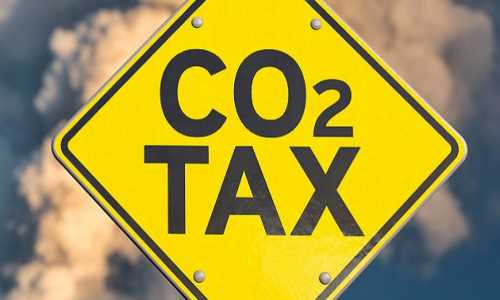 By Michael Snyder/End of the American Dream December 21, 2022
Share this article:
Would you like to pay a carbon tax every time that you turn your heater on?  What about every time that you fill up your vehicle with gasoline?  Incredibly, this will soon be what life is like in Europe.
When I first heard that the EU plans to impose direct carbon taxes on individuals, I thought that it must be just another false Internet rumor.  But it isn't a false rumor.  News sources in Europe are reporting on it, and you can find information about this plan on the official website of the European Parliament.
I don't know why the corporate media in the United States is not talking about this, because this is an enormous story.
As I write this article, I am still in shock.  This is actually happening, and if this plan is successfully implemented in Europe it will be just a matter of time before a similar plan is pushed through in the United States.  The following comes from a Dutch article that has been translated into English...
Last night, after long negotiations, the bullet went through the church: residents of the European Union must pay for the greenhouse gases they emit. This means that every time you refuel and if the heating is switched on, you have to pay because of the harmful substances that are released as a result.
Of course they are starting small in an attempt to minimize opposition.

Once this plan goes into effect, the cost of a liter of gasoline will only go up by about 10 cents...
The new scheme will entail higher prices at the pump: up to 10.5 cents for a litre of petrol and 12 cents for diesel, according to a study by the Potsdam Institute for Climate Research.
But as we have seen so many other times, once people become accustomed to new taxes rates tend to go up significantly.
According to one prominent member of the European Parliament, the new direct carbon taxes on individuals are part of "the largest climate legislation package in the EU ever"...
"I am pleased that a balanced agreement has been reached on the largest climate legislation package in the EU ever," says Esther de Lange (CDA) MEP. She was one of the negotiators and responsible for the coordination of the Green Deal and chief negotiator on the Social Climate Fund.
We are being told that there is broad support for this climate legislation package across the political spectrum.
Europe is scheduled to reduce carbon emissions dramatically by the year 2030, and this new legislation will be a central pillar of that effort...
The measures are part of a package of climate laws. Before 2030, CO2 emissions must be reduced by 55 percent. European industry, which already partly has to do this, will have to deal with higher emission costs, and companies from outside Europe will pay for their emissions at the border. The money raised with this can be spent on climate plans.
If you do not like this new legislation, now is the time to make your voice heard.

Personally, I pledge to make efforts to increase my carbon emissions in protest to this plan.
In fact, I am thinking about firing up my wood stove even now.
The good news, if you want to call it that, is that the new carbon taxes are not scheduled to be implemented until 2027.
So there is still time for the EU to reverse course.
Unfortunately, other draconian measures that are designed to reduce carbon emissions are going full speed ahead right now.
For example, countless farms are currently being permanently shut down all over Europe.
In the Netherlands alone, thousands of farmers are facing forced buyouts whether they like it or not...
The government in the Netherlands is planning to conduct forced buyouts of 3,000 Dutch farms with the intention of closing them down to cut nitrogen emissions in half to meet the country's climate goals. As many as 11,200 farms will have to close, and another 17,600 farmers will have to significantly downsize their livestock operations to meet these draconian targets.

The plan could not come at a worse time because grocery prices are skyrocketing, and world leaders are warning about an oncoming food crisis caused by supply disruptions caused by the war in Ukraine and rising input costs resulting from the energy crisis.
This is literally insane.
For years, I have been warning that a global food crisis would be coming, and now it is here.
2022 was the worst year for global hunger in decades, and now the head of the International Committee of the Red Cross is warning that we will see "an enormous level of suffering" in 2023...
The head of the International Committee of the Red Cross warned Wednesday "an enormous level of suffering" awaits the world in 2023 with famine spreading.
Mirjana Spoljaric, who took over at the ICRC in October, told a Geneva press conference: "We expect an enormous level of suffering.
"As the world is trending at the moment we don't see any easing of the humanitarian pressures, they will be immense potentially," she said.
"There is a possibility that we will see very high levels of hunger in many parts of the world and insecurity in general."
Shutting down farms and paying farmers not to grow food in such an environment is absolutely crazy.
But our politicians are doing it anyway.
The global food crisis is going to get substantially worse in 2023, and our leaders seem intent on imposing measures that will greatly accelerate that process.
Originally published at End Of The American Dream - reposted with permission.