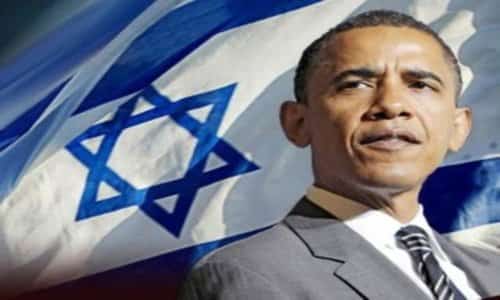 By Barney Breen-Portnoy/Algemeiner.com October 12, 2016
Share this article:
With its eyes on the potential launch of an Israeli-Palestinian peace initiative after next month's presidential election, the Obama administration is "manufacturing a crisis" over settlement construction, to exert diplomatic pressure on the Jewish state, The Weekly Standard reported on Sunday, citing sources in Congress and the American Jewish community.
Last week, the administration raised many eyebrows with its unusually strident criticism of Israel's settlement policies following the approval of dozens of new homes in the West Bank.
One congressional source told The Weekly Standard that the administration had been "waiting for an opening" to hit hard against Israel, and an official with an American-Jewish organization was quoted as saying the administration "wants to be able to say the Israelis forced them to act."

The vociferous anti-settlement rhetoric used by White House and State Department spokespersons was shortly followed by the publication of a New York Times editorial board op-ed calling on the administration to back a UN Security Council resolution that would outline the parameters of a two-state solution.
In response to that op-ed, Mark Dubowitz -- executive director of the Foundation for Defense of Democracies (FDD) think thank -- tweeted on Friday, "Obama is laying the groundwork for UN & EU sanctions on Israel. I've seen this playbook before."
Later the same day, Dubowitz took aim at the administration again, tweeting, "Unlike with Iran, all options are on Obama's table to pound Israel."
As reported by The Algemeiner extensively, many observers are expecting a US-led peace drive during the lame-duck period between the presidential election on Nov. 8 and the inauguration of Obama's successor on Jan. 20.
Last week, Malcolm Hoenlein -- executive vice president of the Conference of Presidents of Major American Jewish Organizations -- told The Algemeiner he had "some concerns about what Obama and others may do" regarding the Israeli-Palestinian peace process during the remainder of the president's time in the White House.
"This is based on things I heard from him a year ago about his priorities and the understandable importance of his legacy to him," Hoenlein said. "And I listen to his speeches and I have seen some of the harsh statements that are being issued, even this week, about Israeli settlement policies.

The language being used is much stronger than we've seen in the past and I'm afraid that this could be indicative of what a forthcoming UN Security Council resolution against settlements, or something that goes even further, might look like."
In an interview with The Algemeiner last month, FDD President Clifford D. May said there was significant bipartisan concern in Washington that Obama "won't have Israel's back" at the UN after the November election.
May spoke with The Algemeiner a day after 88 US senators sent a letter to Obama urging him to veto any one-sided UN resolutions regarding the Israeli-Palestinian conflict, which, he warned, "would be damaging not just to Israel, but to any possibility of peace in the near future."
Former State Department Middle East negotiator Aaron David Miller predicted for The Algemeiner last month that Obama "will likely do something" in the Israeli-Palestinian realm before his term in office is complete.
"I can't imagine that the president, let alone Secretary of State John Kerry, will be able to leave this one alone," Miller said.
Originally published at the Algemeiner.com - reposted with permission.