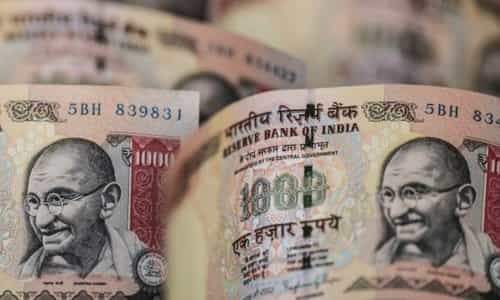 By Brandon Turbeville/Activist Post November 30, 2016
Share this article:
In 2012, India launched a nationwide program involving the allocation of a Unique Identification Number (UID) to every single one of its 1.2 billion residents.
Each of the numbers will be tied to the biometric data of the recipient using three different forms of information - fingerprints, iris scans, and pictures of the face. All ten digits of the hand will be recorded, and both eyes will be scanned.
The project will be directed by the Unique Identification Authority of India (UIDAI) under the premise of preventing identity theft and social welfare fraud.
India has rather extensive social welfare and safety net programs, ranging from medical support and heating assistance to others aimed at helping the poor.

Fraud is a rampant problem in India, especially in relation to these programs due to a preponderance of corrupt politicians and bureaucrats who often stuff welfare rolls with fake names and take the money for themselves.
Yet, although the justification for the billion person database is the increased ability to accurately disperse social welfare benefits, it will not be just the Indian government's social welfare programs that have access to and utilize the UIDAI.
Indeed, even before the program has been completed, major banks, state/local governments, and other institutions are planning to use the UIDAI for identification verification purposes and, of course, payment and accessibility.
As Aaron Saenz of the Singularity Hub writes:
Yet the UID is going to be used for much more than social welfare programs. The UIDAI is in discussion with many institutions (banks, local/state governments, etc.) to allow them to use the UID as a means of identity verification.
These institutions will pay the UIDAI some fee to cover costs and generate revenue. There seems to be little doubt that once it is established, the UID will become a preferred method (if not the preferred method) of identification in India.
Saenz also sees the eventuality of the UIDAI program becoming a means of payment and accessibility. He continues:
Ultimately, I wouldn't be surprised if the UID, with its biometric data, could be used as a means of payment (when linked to a bank account), or as an access key to homes and cars.
Purchase a meal with your fingerprint and unlock your door with the twinkle in your eye. Similar results could be expected in other nations that adopted biometric identification systems.
Saenz, and other proponents of the UID (UIDAI), have been diligent in pointing out that the program "is just a number, not an ID card." However, this claim is debatable.

Saenz himself admits that State issued driver's licenses and identification cards will reference the UID information.
Recently, however, India has made even greater strides toward a cashless society, this time openly saying as much.
Having made a decision to ban 500 and 1,000 pound Rupee notes, Prime Minister Modi is openly stating his goal of moving India towards becoming a "cashless society."
This is despite the economic result of his decision, i.e. bringing commerce to a virtual standstill as a result of removing nearly eighty percent of India's currency from circulation.
While Modi has received much criticism for his decision, he is refusing to back down, stating in a public speech that "We can gradually move from a less-cash society to a cashless society."
According to a translation by Reuters, Modi also stated, "I want to tell my small merchant brothers and sisters, this is the chance for you to enter the digital world."
Modi admitted that, right now, a "100 percent cashless society" is not possible but that he wanted to set the wheels in motion to get there eventually.
"It's correct that a 100 percent cashless society is not possible. But why don't we make a beginning for a less-cash society in India?" Modi said. "We can gradually move from a less-cash society to a cashless society."
While citing the "black market" as one justification for the elimination of hard physical currency, the truth is that power and control are the real reasons national governments have for pursuing a cashless society.
When all financial transactions eventually become digital, it is only a matter of time before banks, corporations, and governments begin to force citizens to bend to their will with the threat of cutting off accounts as punishment for resistance or refusal.
Originally published at Activist Post - reposted with permission