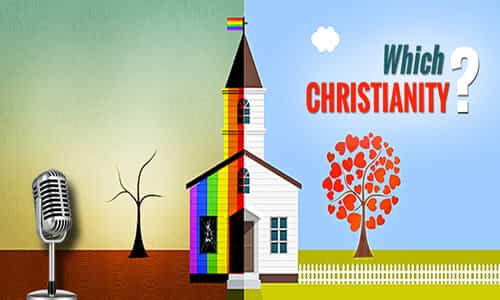 By John Stonestreet/Breakpoint.org February 23, 2016
Share this article:
The big religion story of last year? Christianity is in decline in America. The sensational headlines were based on data from the Pew Research Center. But as Ed Stetzer of Lifeway Research observed in the USA Today, the folks writing the headlines must not have read the study.

It turns out that almost all of the reported decline took place not among evangelicals, but in mainline Protestant denominations, which have been in freefall spiritually and numerically for decades. And no wonder. The Christianity preached in many of them sounds more like the Huffington Post opinion pages than the Bible.
Take the Episcopal Church, which in 2003 began ordaining openly gay clergy, and in 2015 created a marriage ceremony to bless same-sex couples. Earlier this month, a majority of bishops from the worldwide Anglican Communion voted to suspend the Episcopal Churchs voting rights over its support for homosexuality.
This decision, along with the statement from the primates reaffirming one-man-one-woman marriage was due in large part to the leadership of the African bishops. As Archbishop Foley Beach of the Anglican Church in North America explained to me and Ed Stetzer on "BreakPoint This Week," African Anglicans retain the traditional, biblical beliefs of the missionaries who planted their churches generations ago. And they feel abandoned by their American and European counterparts.
And it's not just sexuality. Faithful believers in the United Methodist Church might wonder why UMC leadership recently rejected an application from the Discovery Institute to exhibit at their upcoming General Conference. Discovery, the think-tank at the heart of the Intelligent Design movement, appealed the decision, insisting that it isn't a creationist front-group intent on teaching religion in schools. [Intelligent Design], Discovery said, "is a science - not a faith-based idea." And though compatible with Christianity, it doesn't rely on the Bible or even identify the "intelligent Designer."
In response, United Methodist leaders reiterated the ban and refused to offer any further information, striking an odd discord with their denominations slogan: "Open Hearts, Open Minds, Open Doors." Evidently the UMC is open to all ideas - except the idea that creation gives evidence of its Creator.

But the mainline denomination chucking historic faith with the most flair is the United Church of Christ, which recently declared on its Facebook page, "The Bible is like GPS - A brilliant guide. All-knowing. Occasionally wrong." Another meme announced, God is transgender, and a third featured a picture of two men kissing with a verse from 1 John that said  "God is love."
Of course, in all of these churches there are those who love and follow Jesus and His word. I'm not questioning their faith. What I'm questioning is whether their denominations can be called "Christian" in any meaningful sense any more. To riff an analogy from Peter Leithart, if I told you about a Thomas Jefferson who didnt write the Declaration of Independence, wasn't our third president, and didn't live at Monticello, youd be forgiven in wondering which Thomas Jefferson I was talking about.
As mainline clergy give sexual morality the heave-ho, call on God to bless abortion clinics, and blaspheme the Trinity, its probably time we ask which "Christianity" are you talking about?
J. Gresham Machen recognized nearly a century ago that some views that go by the name Christianity are really a different religion altogether. Like the African bishops, orthodox believers everywhere need to be prepared to distance ourselves - not from people, but from a secular agenda masquerading as Christianity. More importantly, we've got to show the world what genuine Christian faith really looks like,  how radical the Christian worldview is, and how truth and love must never be separated.
Originally published at www.BreakPoint.org. Reprinted with permission.