Science And The Bible 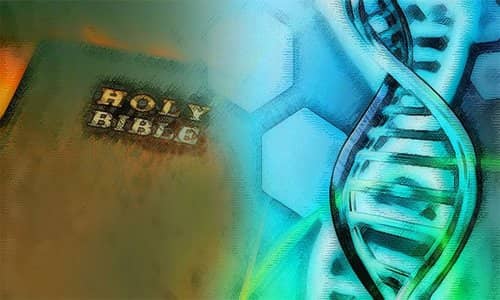 By Dr. David Reagan/Christ In Prophecy November 21, 2017
Share this article:
Most people think of Science and the Bible as being in conflict with each other. Would you be surprised to find out that a scientist has used the science of mathematical probability to prove that the Bible is the Word of God, and Jesus is the Son of God?
For many years, I have been quoting a booklet by Peter Stoner called Science Speaks. I like to use a remarkable illustration from it that scientifically validates Jesus as God in the flesh.
Recently, I decided that I would try to find a copy of that booklet so that I could discover all that it had to say about Bible prophecy. I discovered that the booklet was first published in 1944 and has gone through several subsequent editions. And after considerable searching on the Internet, I was finally able to find a revised edition published in 1976.
Peter Stoner was chairman of the Mathematics and Astronomy departments at Pasadena City College until 1953 when he moved to Westmont College in Santa Barbara, California. There he served as chairman of the science division.
In the edition I purchased, there was a foreword by Dr. Harold Hartzler, an officer of the American Scientific Affiliation. He wrote that the manuscript had been carefully reviewed by a committee of his organization and that quote, "The mathematical analysis included is based upon principles of probability which are thoroughly sound." He further stated that in the opinion of the affiliation, Professor Stoner quote, "Has applied these principles in a proper and convincing way."
As I said, most people think of the Bible and Science as being in direct conflict with each other. But, Peter Stoner's book shows how the two can be complimentary and compatible.
Science Speaks in the Bible
Stoner begins his book with a very interesting insight about a book written by Charles Young. He was the author of the standard college textbook on astronomy that was published in 1898. Writing in the 1958 revised edition of his book, Stoner pointed out that his copy of Young's textbook was full of scientific errors.
Now think about that for a moment. A Science book that was only 60 years old was full of scientific errors. Yet, the Bible, written between 3,500 to 2,000 years ago does not contain any scientific errors! How can that be? The answer, of course, has to be that the Bible is supernatural in origin.
Consider for a moment the following scientific truths contained in the Bible.
For example, the shape of the earth is mentioned in Isaiah 40:22. The passage refers specifically to "the circle of the earth."
Gravity can be found in Job 26:7 where the passage says, "God hangs the earth on nothing."
Ecclesiastes 1:8 mentions atmospheric circulation.
A reference to ocean currents can be found in Psalm 8:8.
The hydraulic cycle is described in Ecclesiastes 1:7.
The significance of blood as the key to life is found in Leviticus 17:11.
Modern laws of hygiene can be found in Leviticus 11 through 15.

If that is not enough, take a look at these words in Romans 8:21, "The creation will be set free from its slavery to corruption into the freedom of the glory of the children of God." This is an expression of what is known in physics as The Second Law of Thermodynamics, namely, that all of creation is in bondage to decay.
These are only a few examples of scientific truths written in the Scriptures long before they were "discovered" by scientists!
In contrast, consider the following revelations of Mohammed that are contained in the Hadith, one of the sacred books of Islam. He wrote:
The earth is flat like a carpet.
The sun sets in a muddy spring.
Stars are closer to earth than the moon.
Water cannot be contaminated by anything.
Drinking camel urine will make you healthy.
A fly in your drink can cure you of disease.
Fever comes from the heat of Hell.
Such errors are expected in documents written over 1,000 years ago, but such errors are not found in the Bible.
Stoner proceeds to present scientific evidence in behalf of Special Creation. For example, he points out that Science had previously taught that Special Creation was absolutely impossible because matter could not be destroyed or created. He then points out that atomic physics has now proved that energy can be turned into matter and matter into energy.
Stoner then considers the order of creation as presented in Genesis 1:1-13. He presents argument after argument from a scientific viewpoint to sustain the order which Genesis chronicles. He then asks, "What chance did Moses have when writing the first chapter of Genesis of getting 13 items all accurate and in satisfactory order?" His calculations conclude it would be 1 chance in 31 times 10 to the 21st power! That's a very big number!
Stoner concludes, "Perhaps God wrote such an account in Genesis so that in these latter days, when Science has greatly developed, we would be able to verify His account and know for certain that God created this planet and the life on it."
Originally published at Christ In Prophecy - reposted with permission.