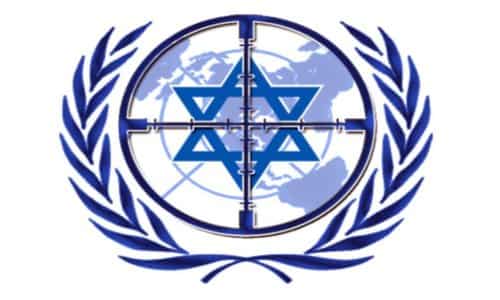 By Tim Marshall/thewhatandthewhy.com March 22, 2016
Share this article:
Imagine: You're on trial and you discover the judge appointed to hear the case has already decided you are guilty and has a long history of publicly saying so. That appears to be the UN Human Rights Council approach to justice when it comes to one particular country. They seem to do a variation of the old trick of saying 'We will hold a free and open trial and at the end of it we will find you guilty'.

The councils first choice to become the new Special Rapporteur on the Palestinian territories is criminologist Penny Green. She is a professor of law and globalization at Queen Mary University of London.
Professor Green's views on Israel are not unique. She is on record as saying that Israel has a "criminal government", and she believes it is "time to stand up against Israeli state violence". She supports the total boycott of Israel, wants Hamas de-listed as a terrorist organisation, and has wondered why the British and Americans have not begun "bombing Israel for its massacres".
So far, so routine in the extremist-mainstream. To her credit, Ms Green, unlike so many "human rights activists", stands up against abuses around the world and not just in one small part of it. She does, however, display an unhealthy obsession with the same place that others obsess over  Israel.
She is entitled to her opinion. However, surely anyone, even if they supported these views, might understand that holding them disqualifies you from impartially judging the behavior of one of many parties involved in the situation.
She supports the total boycott of Israel
Example  a Green tweet: "Israeli extra-judicial killing in Palestinian hospital". It may or may not have been an extra-judicial killing, but the tweet, after the event, but before an investigation, is not that of a sober, fair-minded legal representative of the UN acting on our behalf. It is closer to a student activist unaware, and possibly uncaring, of the complexities of a conflict.
The Rapporteurs job as mandated by a 1993 resolution is not to investigate all human rights abuses in Palestine, but only "Israels violations". However, the UN told me that that subsequent procedural changes do not make this stipulation and therefore "it would be perfectly conceivable for a mandate holder to interpret the mandate in a proactive manner... In short, this does not restrict the mandate holder from investigating Palestinian violations as well".

In the past eight years of 36 statements and reports by the Rapporteur, all 36 have only criticized Israel. No other conflict is investigated by the UN in this twisted manner.
Even if you left that ludicrous prejudice to one side, there would still be a problem. The UNHCR's own rules state that when selecting a candidate, impartiality and objectivity is of "paramount importance".
The councils first choice should not be a surprise. The incumbent in the job is from Indonesia, a country that does not accept the right of one side in the conflict to exist. His predecessor was a 9/11 conspiracy theorist.
The councils chair normally accepts the candidate recommendation. This is planned to happen on March 24. If a fuss is made, perhaps the compromise could be the second choice, a Canadian lawyer called Michael Lynk, whose views on Israel are... embarrassingly similar to those of Prof Green.
It is possible the council's due diligence staff do not have access to the internet or a telephone and so are unaware of the candidates views and cannot see a problem. The only other explanation is that they do not care.
Professor Green did not reply to a request for comment; for its part the UNHCR would only discuss the appointment process, not the individuals concerned.
Originally Posted at The What And The Why. Reposted with permission