This Week In The Gender Wars 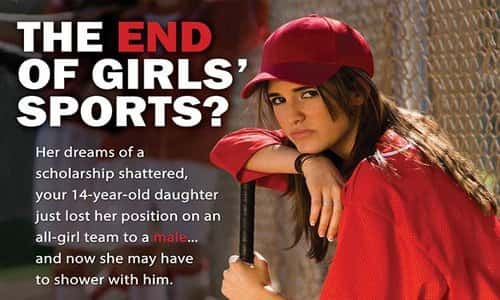 By Jonathon Van Maren/The Bridgehead June 15, 2018
Share this article:
To close the week off, here's a roundup of the latest insanities stampeding through the culture.
Maine is the latest jurisdiction to offer a "third gender option" on their driver's licenses--in addition to male and female, there will also be an "X" for those who are "non-binary."
These sorts of bureaucratic moves may seem fairly insignificant, but they do represent another step towards implementing the ideology of gender fluidity into the government and indicate that the state sanctions and accepts this ideology--and all of its implications.
One of those implications is less freedom for those who do not think that gender is interchangeable or fluid.
A teacher in Indiana has apparently been forced to resign after he began calling all of the students by their last names in order to avoid addressing "transgender students by their preferred name."
One student, in keeping with the progressive assertion that words are themselves violent, insinuated that the teacher was unwittingly causing trans suicides by his actions.
Some parents, at least, are becoming outraged as the implications of gender fluidity are beginning to become apparent.

Beyond the bathroom wars--one teenage girl is taking her school to court after finding a biological male in the girls' bathroom only to have the principal tell her that such things were "policy" now--biological male students claiming to be female are cleaning house at sports event.
The latest example is in Connecticut, where two biological males (who do not look even remotely female) took home all of the top prizes at the state track and field championships.
The English National Ballet has also fallen to the trans activists--their latest production, Sleeping Beauty, featured a male "gender-fluid" ballerina as part of an all-female ensemble.
And a judge in Newfoundland, Canada, has ruled that a "polyamorous trio" of one woman and two men were all legal parents of a child that the woman gave birth to in 2017.
The judge described the polyamorous relationship as "stable and ongoing" despite the fact that none of them are legally married, and that they hadn't bothered to determine who the biological father of the child was.

The judge also indicated that having three (unmarried) parents would be "best for the child." That custody battle, I'm sure, is going to be as ugly as it is complex.
Progressive attempts to chip away at the remains of the family unit continue. From people who reject both femininity and masculinity and attempt to legislate confusion, to dissenters getting fired, to biological males disrupting spaces that were once reserved for all-females--this cultural experiment is going to come with a skull-splitting hangover.
And regardless of what one delusional judge has to say, none of this is going to be "best" for the children.
Originally published at The Bridgehead - reposted with permission.