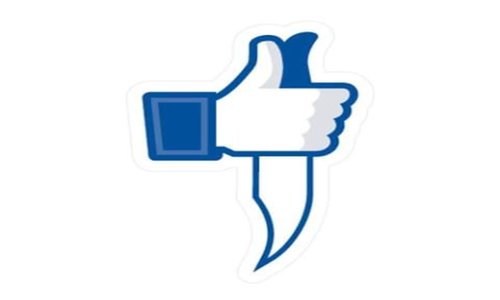 By Stephen M. Flatow/JNS.org April 05, 2016
Share this article:
No, the headline doesn't refer to America's president.
I'm referring to the president of the Palestinian Authority (PA), Mahmoud Abbas. But let's keep President Barack Obama's party, the Democrats, in mind as we examine the latest developments involving Abbas and his Fatah party.

Established in 1964 -- long before there were any settlements or "occupied territories" -- Fatah has long been the largest faction of the Palestine Liberation Organization (PLO), and it carried out many of the PLO's most notorious terrorist massacres.
The 1972 Munich Olympics massacre was perpetrated by Fatah (using the fake name "Black September"). The 1978 Coastal Road Massacre of 37 innocent civilians, including the niece of a US senator, was carried out by Fatah. So were many, many other infamous atrocities.
Yasser Arafat was chairman of both Fatah and the PLO; Abbas was his second in command with the nom de guerre of Abu Mazen. In a personal conversation with me, the late Yitzhak Rabin told me that Abbas was one of the terrorists surrounding Arafat. Since Arafat's death, Abbas has been the leader of Fatah, the PLO, and the PA.
The U.S. State Department claimed after the signing of the 1993 Oslo Accords that Fatah has become "moderate," and it was removed from the official U.S. list of terrorist groups. But Fatah's Al-Aqsa Martyrs' Brigade has continued to carry out terrorism against Israelis to this day. Moreover, the official Fatah emblem still shows a map of all of Israel (not just the disputed territories) as "Palestine," criss-crossed by hands holding rifles. Some "moderates" they are!
How has Abbas's Fatah responded to the current wave of Palestinian stabbings of Israelis? By glorifying the stabbers and urging other Arabs to carry out knife attacks, too.
Think about that for a moment. Fatah is the party of the head of the PA. In other words, it is the Palestinian equivalent of what the Democratic party is in the US -- the party of the head of the government. Can you imagine the reaction if the Democratic party publicly endorsed murdering civilians?
Here are a few samples of what Fatah has been saying about the terrorists and the stabbings:
On March 27, the official Fatah Twitter account posts an illustration of a large knife, with the skyline of Jerusalem on it, above the slogan, "Israel is forcing the young Palestinians to follow this path to Jerusalem."
On March 9, Fatah's Facebook page posts an image of a huge hand holding a knife over a map of all of Israel. On the arm are the words "The Heroic Martyr"; the map is labeled "Bashar Masalha" -- the name of the terrorist who recently stabbed to death an American tourist, Taylor Force.

Also on March 9, photos of three terrorists are posted on the Fatah Facebook page, over the slogan, "Happy are the Martyrs." The three are the aforementioned Bashar Masalha; Fuad Kassab Al-Tamimi, who shot attacked and wounded two Israelis in Jerusalem the previous day; and Abd Al-Rahman Raddad, who stabbed an Israeli in Petach Tikva the previous day.
On March 8, the Fatah Facebook page posted this about Masalha, Al-Tamimi, and Raddad: "O the pride of all O the pride of all of the young Palestinians, may your blood remain a source of true honor for the homeland for which you sacrificed all -- even your precious lives. We promise you that your blood will continue to be a torch that illuminates our path, until we achieve what you died for as Martyrs. Your blood has taught us a lesson in the school of life."
These are just three samples of an enormous number of similar Fatah declarations, which have been exposed and translated by Palestinian Media Watch.
Now think about Fatah's declarations in American terms. Imagine if the Democratic party's Facebook page called the San Bernardino mass-murderers "the pride of all young Americans."  Imagine if Democratic party leaders hailed Dylann Roof (who carried out the South Carolina church massacre) as "the Martyr," and promised "that your blood will continue to be a torch that illuminates our path."
At a bare minimum, surely President Obama would have that Facebook page dismantled and would fire any party officials who praised the murderers.
Mahmoud Abbas, by contrast, has not penalized a single Fatah official for glorifying and inciting the stabbers. On the contrary, he himself has repeatedly praised the stabbers, has sent condolences to the families of stabbers who were killed in the act, and has even characterized the attacks as "a peaceful popular uprising."
The Palestinians should be held to the same moral standards as everyone else. To suggest that they "can't help it" and therefore should be excused when they behave like this is, frankly, racist. There is nothing in their DNA that compels them to be murderers or inciters. Their president's party should be judged by the exact same standards and criteria that we judge the American president's party.
Where is the outrage from those who pressure Israel to make concessions to those who honor and praise terrorists?
Originally published at JNS.org  - Reposted with permission