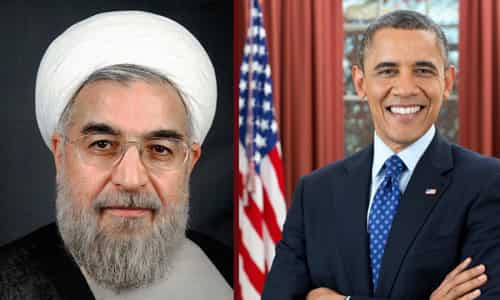 By Lea Speyer/Algemeiner.com April 06, 2016
Share this article:
US lawmakers are questioning the Obama administration's commitments to Congress over the Iran nuclear deal and its numerous guarantees that the Islamic Republic would not be granted extra concessions for signing it, the Washington Free Beacon reported.

Over the course of the last year, administration officials confirmed in Congressional testimony that the Iranian regime would not gain access to the US financial system and missile technology under the terms of the nuclear agreement.
In one such instance, Acting Under Secretary of the Treasury Adam Szubin assured lawmakers in September that Iran would not be given the opportunity "to execute a dollarized transaction where a split second's worth of business is done in a New York clearing bank."
In March, however, the Associated Press reported that the Obama administration was contemplating "easing financial restrictions that prohibit US dollars from being used in transactions with Iran," which is currently outlawed. This change in policy would result in a significant boost to Iran's hard-hit economy.
US lawmakers on both sides of the aisle expressed their outrage over the president's alleged policy backtrack, the report said, adding that Obama "promised to maintain a strict ban on dollars along with other non-nuclear penalties on Iran."
Rep. Brad Sherman (D-CA) wrote in a letter to the president that allowing Iran access to the dollar "is clearly not required" by the terms set forth in the nuclear agreement. In a statement, House Speaker Paul Ryan (R-WA) called the reports "deeply concerning," and said, "The president should abandon this idea."
In a second policy shift, Reuters reported, Washington has ceased referring to Iran's ballistic-missile launches as a "violation" of UN Security Council Resolution 2231, which codifies the nuclear deal. In March, Iran test-fired a missile capable of carrying a nuclear payload, the report said, and US, British, French and German officials called this "inconsistent with" and "in defiance" of the resolution.
According to the report, "The four powers' carefully worded letter stopped short of calling the Iranian launches a 'violation' of the resolution, which 'calls upon' Iran to refrain for up to eight years from activity, including launches, related to ballistic missiles designed with the capability of delivering nuclear weapons."

The reversal in policy, the report stated, contradicts testimony given by Lead Coordinator for Iran Nuclear Implementation Ambassador Stephen Mull in December. When asked whether the test-launch of ballistic missiles by Iran is a violation of the nuclear agreement, Mull responded: "It is not in violation of the JCPOA. It is a violation of Security Council resolutions."
US lawmakers are now left wondering whether the Obama administration deliberately deceived them in order to gain support in passing the nuclear deal. According to the Washington Free Beacon, Congress has launched an investigation into whether the president "misled lawmakers last summer about the extent of concessions granted to Iran under the nuclear deal, as well as if administration officials have been quietly rewriting the deal's terms in the aftermath of the agreement."
Rep. Mike Pompeo (R-KS) explained to the Washington Free Beacon the motives behind the Congressional investigation: "When multiple officials -- including Secretary Kerry, Secretary Lew, and Ambassador Mull -- testify in front of Members of Congress, we are inclined to believe them.
However, the gap between their promises on the Iran nuclear deal and today's scary reality continues to widen. We are now trying to determine whether this was intentional deception on the part of the administration or new levels of disturbing acquiescence to the Iranians."
Orignially published at Algemeiner.  Reposted with permission