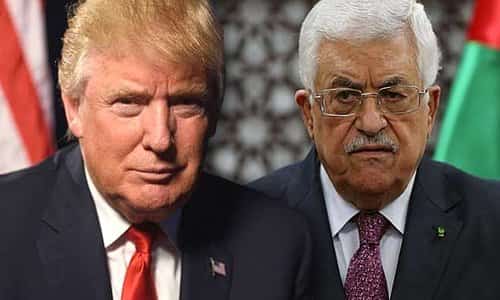 By Algemeiner.com September 11, 2018
Share this article:
Palestinian Authority President Mahmoud Abbas will unveil an "alternative" peace plan at the annual meeting of the United Nations General Assembly in New York in September, the PA's foreign minister said on Thursday.
Abbas will "announce the Palestinians' categorical rejection of American-Israeli plans aimed at liquidating the Palestinian cause, through the so-called 'Deal of the Century,'" the Palestinian news agency Ma'an reported.

The report quoted from a radio interview given by the PA's foreign minister, Riyad al-Malki, in which he clarified that Abbas would "reiterate that the alternative to the United States-Israeli plan is the peace plan he presented last February to the UN Security Council."
In that speech, Abbas urged the creation of a "multi-level international coalition" to replace the US as the main peace broker while attacking Israel in the harshest terms.
According to the Ma'an report, Malki told Voice of Palestine radio that the Palestinians will respond to any announcement of a peace plan by US President Donald Trump at the General Assemmbly through either through a press conference or Abbas' subsequent speech.
"The Palestinians will provide alternatives to what the US administration is doing, which is based on force and the policy of bullying led by the US president," Malki said.

Malki's defiance of the US administration was echoed on Thursday by veteran Palestinian negotiator Saeb Erekat, the secretary-general of the PLO's Executive Committee.
Addressing US criticism of the UN Palestinian refugee aid agency UNRWA, the opening of the US Embassy in Jerusalem earlier this year, and recent statement by senior American officials that question the much-vaunted Palestinian "right of return" -all fundamental issues for the Palestinians -- Erekat indicated that no compromises would be forthcoming.
"There will be no peace without East Jerusalem as the capital of the State of Palestine on the 1967 borders, without resolving the refugees' issue in all its aspects as per United Nations Resolution 194 and before recognizing that all Israeli colonial settlements are illegal," Erekat stated.
Originally published at Algemeiner.com - reposted with permission.