Google Memo Leak: A Manipulated/Censored Web Could Be More Fact Than Fiction 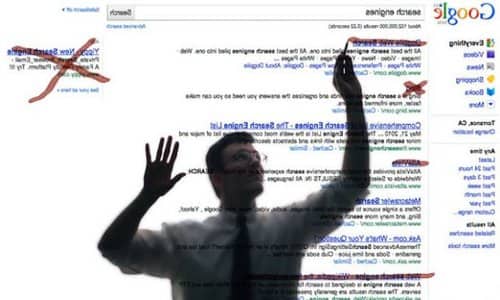 By Aaron Kesel/Activist Post September 25, 2018
Share this article:
Google is facing backlash after backlash for its plans to implement a censored version of its search engine inside China. Now, it has been revealed that Google suppressed an internal memo about its Chinese variant and wants phone numbers linked to the searches.
Google is reportedly working on a version of its search engine code-named "Dragonfly" that would block certain sites and terms related to democracy, religion, human rights, and protesting, according to leaked documents reported by The Intercept.

Google's CEO, Sundar Pichai, denied that Google was ready to roll out a censored version of search engine in China. However, a new leaked memo revealed plans were further along than company executives had previously indicated, The Intercept reported.
The memo expressed that engineers should get Dragonfly into a "launch-ready state" to roll out upon approval from Beijing officials, according to The Intercept.
Just a few hundred of Google's massive 88,000 employees were briefed on the project known as "Dragonfly" prior to the revelations, which triggered massive blowback against the company in a move seen as capitulating to the Chinese Communist government and censorship.
The Intercept reported that after the leak Google responded by trying to shut down and limit its employees' access to documents that contained information about the China censorship project, according to Google company insiders.
Congress (16 Democrats and Republicans) has expressed that there are "serious concerns" over the move to create a censored Internet search engine in China, according to Reuters.

A group of senators, including Marco Rubio and Ron Wyden, previously sought answers from Google over its proposed China product.
Because of this, at a recent speech former Google CEO Eric Schmidt predicted that the Internet will split in two into Chinese-led and US-led versions within the next decade, CNBC reported.
Pichai's leadership has taken Google in a completely different direction. Even employees have lashed out against the company, protesting recent decisions by Pichai and other executives to work with China and the U.S. military under Project Maven.
In May, Activist Post reported that Google had removed multiple references to its old catchphrase "Don't be evil" from its Code of Conduct. Employees expressed outrage over the company's decision to work with the Pentagon's Project Maven, including signing a petition, with some even quitting.
This caused Google to walk back the plans, denouncing support for Maven by stating that the company would not be renewing the military contract and would stop in 2019.
However, as Activist Post reported, the agreement was already signed, so the company is locked in for another year until the contract runs out in March 2019. Google can then legally stop assisting the government with the advancement of artificial intelligence for use with its drones, a nightmarish scenario that brings glimpses of the movie The Terminator to mind.

There was also a leaked 2016 video to The Verge entitled "The Selfish Ledger" from within Google X exposing internal Google dialogue to create a dystopia run by the big social giant. The revelation showcased the other big problem the company faces -- questions about harvesting its users' data.
With that leak, the company's dystopian future it seeks to achieve is exposed, as the 9-minute video goes on to describe how Google could keep a ledger of all human behavior and then use it to manipulate your decisions and those of future generations. All with the ultimate goal of pushing the company's values, offering services and products, and basically dictating the behavior of entire populations.
The video was dismissed as just a concept "meant to provoke discussion," but offers a rare glimpse into the types of conversations and the views the company might be having, as well as aligning with many of Google's existing products that use AI; for example, suggesting routes in Google Maps, organizing albums in Google Photos, and even composing automated emails in Gmail.
Finally, if you had any doubt as to the power of Google, there is the time that Google blocked the entire Internet, according to The Guardian; on Saturday, Jan. 31, 2009, at 6:00 a.m., Google blocked the entire Internet for an impressive 40 minutes after an error caused every site in the search engine's result pages to be marked as potentially harmful and dangerous.
Originally published at Activist Post - reposted with permission.