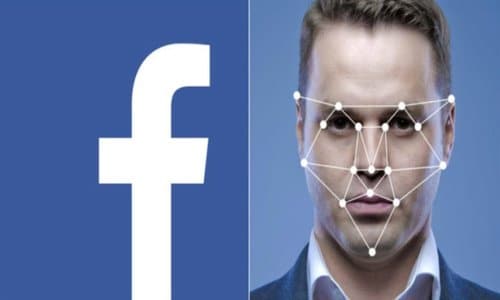 Recently embroiled in scandals the past few months, Facebook has been facing blowback from allowing its users' data to be shared with political consultation firm Cambridge Analytica and other firms like it.
Shockingly, Facebook further admitted other privacy violations when they said in April that it scans its users' photos and links posted on the social media giant and will review text you send if something is flagged.
Despite this, Facebook plans on introducing a video chat on Portal that will use facial recognition to tag users and follow them around the room.
Although, according to the report, the device will have a privacy shutter to disable the camera's tracking; but the facial recognition camera may just be the biggest mistake for the company.
Recent polls in the United States have shown that Americans don't trust Facebook to protect their personal information, so why would they trust them with a facial recognition camera?
Portal is expected to come in two variants: small and large screen sizes for $300 and $400 respectively, according to the report.

This comes as more and more facial recognition cameras are being pushed into society, with Amazon helping law enforcement with its Facial Rekogntion software, DHS wanting to use it for border control, and the Olympics wanting to use the tech for security.
An incredibly worrying trend is taking place.
Even retail is pushing for the technology as an anti-theft mechanism to be introduced in a number of stores using biometric facial recognition software FaceFirst to build a database of shoplifters, as Activist Post reported.
We are entering the Minority Report; there is no going back after this technology is public and citizens are indoctrinated that it's "for their safety."
At that point, we are officially trading liberty and privacy for security. As Benjamin Franklin said, "Those who would give up essential Liberty, to purchase a little temporary Safety, deserve neither Liberty nor Safety."
However, there are key problems with the technology mismatching faces. As an example recently, the American Civil Liberties Union of Northern California tested Amazon's facial Rekognition software and the program erroneously and hilariously identified 28 members of Congress as people who have been arrested for crimes. But that's far from the only instance where the technology has failed to correctly identify a person.
Facebook's Portal will further the agenda by pushing this flawed technology into the public for wide-scale acceptance. One has to wonder if Facebook would then work with law enforcement to identify individuals. It's a known fact that Facebook has handed data to governments worldwide.

This reminds me of the time former CIA Director David Petraeus said: "we will spy on you through your dishwasher."
Former U.S. director of national intelligence James Clapper reiterated that statement in 2016 when he said:
In the future, intelligence services might use the [internet of things] for identification, surveillance, monitoring, location tracking, and targeting for recruitment, or to gain access to networks or user credentials.
While this isn't a dishwasher, it's an IoT (Internet Of Things) device. The prospect is the same: abusing a voice-activated device to record audio and spy. Having access to a voice device or camera is one thing, but being able to have facial recognition is a different story.
Originally published at Activist Post - reposted with permission.