Child Marriage Is Thriving In The US Due To Immigration Loopholes 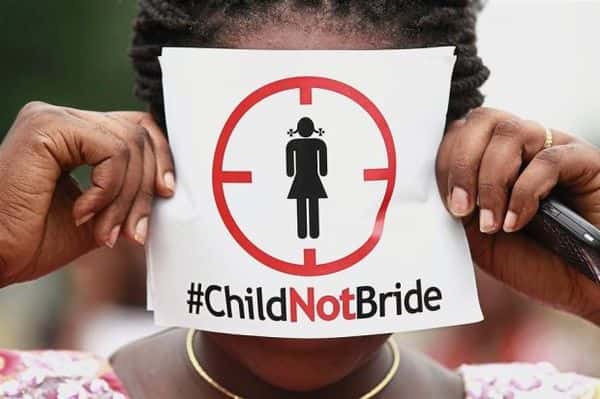 By Clarion Project January 16, 2019
Share this article:
Child marriage is thriving in the US due to immigration loopholes facilitated by state laws. A new report released by the Senate shows that over a 10-year period, the United States has been legally facilitating this abusive institution with immigrants to the country.
Recently released data by the Senate Homeland Security Committee and obtained by the AP showed that from 2007 to 2017, 5,556 requests by older men to bring in underage girls were approved by the U.S. Citizenship and Immigration Services in conjunction with the State Department.

In addition, these relevant authorities also approved 2,926 requests by minors to bring in older spouses. Since a petition for immigration must be filed by a U.S. citizen or permanent resident, young girls are often brought into the U.S. and then forced to request that their "spouses" or "fiances" join them.
The report showed that in both of these types of requests, which almost always involved an older man with an underage girl, only about 2.6 percent are rejected.
The highest percentage of requests come from Middle Eastern nationals, with Pakistan, Jordan and Yemen topping the list.
Unfortunately, U.S. child marriage laws have contributed to the problem by making the requests legal. For example, to be considered for approval, the marriage has to be legal in the petitioner's home state as well as in the couple's native country. Most states allow a minor to legally marry (some require parental or court approval).
Some of the most egregious child marriage requests that were approved include:
149 cases where the adult was over 40, and
28 cases where the adult was over 50
In reporting the loophole, Breitbart wrote of a case involving a dual national from Pakistan who grew up in New York City and was an American citizen. At age 13, Naila Amin was married against her will to her 26-year old first cousin Tariq in Pakistan, then forced to use her American citizenship to bring her "husband" to America.

"My passport ruined my life," said Amin. "People die to come to America. I was a passport to him. They [my family] all wanted him here, and that was the way to do it."
Amin, who is now 29, ran away from her family which caused her petition for Tariq to be cancelled. As a result, her childhood was then spent in and out of foster homes until she was able to establish a stable life for herself.
"I was a child. I want to know: Why weren't any red flags raised? Whoever was processing this application, they don't look at it? They don't think?" Amin lamented.
Clarion Project recently reported how the German government was potentially institutionalizing child marriage. That is the implication of a new ruling by Germany's highest court, which stated that a new law banning child marriage may be unconstitutional.
Child marriage in Germany has become a recurring issue due to the influx of immigrants from Muslim countries where there is oftentimes no age restriction on marriage due to sharia law.
Originally published at Clarion Project - reposted with permission.