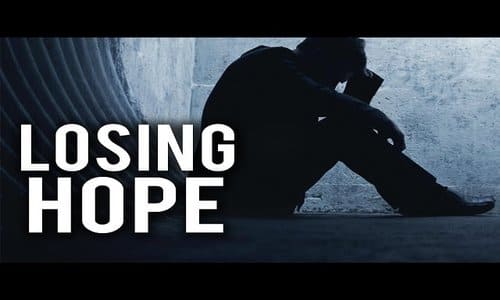 By John Stonestreet/Breakpoint.org March 12, 2019
Share this article:
For the third year in a row, according to a new report from the Centers for Disease Control, American life expectancy dropped.
The last time this happened was a century ago, in the years 1915-1918, years marked by our entry into World War I and the outbreak of the "Spanish Flu" pandemic, which killed 675,000 Americans.
This time, neither war nor pestilence is behind the drop in life expectancy. The threats are not external, but internal.
The biggest factors behind the drop in life expectancy among Americans over the last three years are drug overdoses and suicides. In 2017, more than 70,000 Americans died from drug overdoses, and approximately 45,000 people intentionally took their own lives.
These deaths, along with alcohol-related deaths, have been dubbed "deaths of despair" by researchers Anne Case and Angus Deaton.
The "despair" referred to by Case and Deaton is largely economic, resulting from diminished job prospects and other personal disappointments. As Case put it, "Your family life has fallen apart, you don't know your kids anymore, all the things you expected when you started out your life just haven't happened at all."
As a result, people turn to alcohol and drugs to ease their pain. An increasing number take their own lives.
Certainly, Case and Deaton's explanation is partially true. But it doesn't explain the 30-percent rise in suicide rates among 15-to-24 year-olds, who haven't experienced these kinds of disappointments. Nor does material deprivation explain why the suicide rate among African Americans and Hispanics is only about a third that of white Americans despite being, on average, poorer.

Something else is going on. And it's related to the word "despair."
Chuck Colson and his friend Richard John Neuhaus used to remind people that despair is a sin. Now if you define "despair" as extreme sorrow or grief, then calling it a sin seems cruel and unfeeling.
But that's not really what despair is. In the Christian view, despair is the opposite of hope. Thomas Aquinas wrote that despair "is due to a man's failure to hope that he will share in the goodness of God." For Aquinas, despair was more dangerous than even unbelief or hatred of God because "by hope we are called back from evils and induced to strive for what is good, and if hope is lost, men fall headlong into vices, and are taken away from good works."
For Aquinas, "nothing is more execrable than despair. For he who despairs loses his constancy in the daily labors of this life, and what is worse, loses his constancy in the endeavor of faith." As the sixth-century theologian Isidore of Seville put it, "to commit a crime is death to the soul; but to despair is to descend into hell."
If there's a better word than "Hell" to describe the despair we are seeing in so many American communities, I'm not aware of it.

Still the question remains, "What is the source of this despair?" The answer lies in Aquinas' words "share in the goodness of God." Put simply, Americans place their hope in the wrong thing.
I'm not only referring to those who kill themselves, whether deliberately or indirectly. They're merely the most vulnerable victims of a worldview that has us, in Isaiah's words, spending money on that which is not bread, and working for what doesn't satisfy.
Their disappointment is more keenly felt than ours, but make no mistake, the expectations our culture imposes on us will ultimately end in death. If not physical death, spiritual death. We're told to seek satisfaction from things that cannot ultimately satisfy us, such as sex, stuff, and self.
Unfortunately social media has the ability to compound the issue by often making people feel like they don't have enough or can't "keep up with the Joneses" on a daily basis as we see into the lives of others.
The results are what Aquinas would have predicted: a headlong fall into vice and away from seeking to do good. The most vulnerable among us wind up paying the ultimate price.
But to know Christ and His resurrection is to know hope. May we never hide that in a culture that needs it so desperately.
Struggling with thoughts of suicide?  Click here for help.
Originally published at Breakpoint.org - reposted with permission.