Did You Join 150 Million Others In Giving FaceApp Rights To Your Image? 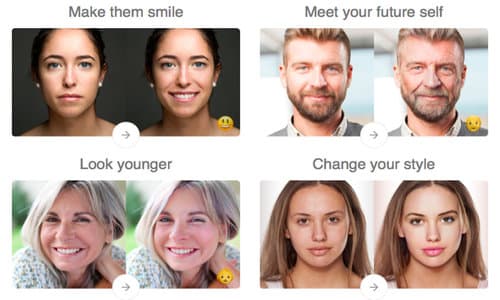 By Amanda Froelich/Activist Post July 30, 2019
Share this article:
Before you download an app or a PDF, do you read the Terms and Conditions? If not, you may be unintentionally signing up for trouble, like millions of users have after agreeing to the Terms of Service of FaceApp.
The viral app allows people to change facial expressions, looks, and their age. But in exchange, the company owns all the rights to the images.
Since its launch, more than 150 million people have downloaded FaceApp from Google Play. In fact, the app is now the top-ranked app on the iOS App Store in 121 countries, according to App Annie.
Based on the Terms of Service, people still own their own "user content" (read: their face). But, FaceApp also owns a never-ending and irrevocable royalty-free license to do anything they want with the photograph. That includes in front of whoever they wish.

The condition reads:
You grant FaceApp a perpetual, irrevocable, nonexclusive, royalty-free, worldwide, fully-paid, transferable sub-licensable license to use, reproduce, modify, adapt, publish, translate, create derivative works from, distribute, publicly perform and display your User Content and any name, username or likeness provided in connection with your User Content in all media formats and channels now known or later developed, without compensation to you.
When you post or otherwise share User Content on or through our Services, you understand that your User Content and any associated information (such as your [username], location or profile photo) will be visible to the public.
Selling your face isn't likely to cause life-altering repercussions. However, as PhoneArena's Peter Kostadinov said, "You might end up on a billboard somewhere in Moscow, but your face will most likely end up training some AI facial-recognition algorithm."
FaceApp isn't the only company to collect user's data. Facebook has been doing the same for years. As a result, we now know that the data that is collected is rarely used for assumed purposes.
Furthermore, that data is not always stored securely, which can make the average individual vulnerable to hackers and identity theft.

Apple is just as guilty of collecting information. Forbes reports:
Once something is uploaded to the cloud, you've lost control whether or not you've given away legal license to your content. That's one reason why privacy-sensitive Apple is doing most of its AI work on-device.
The lesson here is that it's smart to be wary when an app wants access and a license to your digital content and/or identify. As former Rackspace manager Rob La Gesse explained:
To make FaceApp actually work, you have to give it permissions to access your photos - ALL of them. But it also gains access to Siri and Search .... Oh, and it has access to refreshing in the background - so even when you are not using it, it is using you.
Originally published at Activist Post - reposted with permission.