There's No Place To Hide From Surveillance Technology In 2016 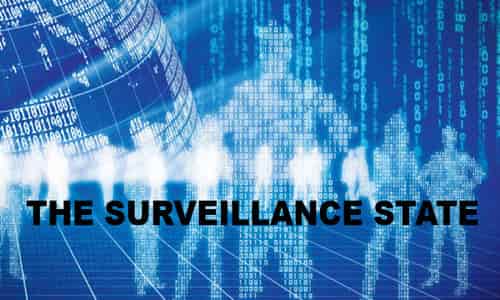 By PNW Staff May 18, 2016
Share this article:
Those who read Orwell's 1984 and worry that we may have Big Brother-style surveillance in our near future are not reading the headlines closely enough: We're already there.

We find ourselves now in a surveillance state brought about by the ever-presence of modern technology, new precedents in what the government is allowed to track, corporate interests and even the tendency to overshare on social media. Indeed, more than a few convictions have been won through investigation into a person's phone records, including text conversations and GPS histories.
Liking and sharing on Facebook articles that are regarded as subversive may be enough to get you flagged for a watch list. If this sounds like a paranoid conspiracy theory, then consider what retired NYPD detective Patrick J. Brosnan recently suggested to WPIX news, that a smartphone is a combination "homing device" and "confession," citing that there have been several cases where "...information obtained from the phone, established innocence or guilt."
The silver living may be in the first half of that statement, that phone records have been used to establish innocence. It's difficult to build a case that a suspect was at the scene of a serious crime when their phone records say otherwise.
But how long until you let slip that you may have made a mistake in filing your taxes? Or that you let a friend have a glass of wine without knowing that they were under 21? Suppose you visit a relative that the police are keeping tabs on for suspicion of drug distribution. If you think that you have nothing to hide, you're probably wrong.
The Washington Post reports that you may have already been assigned a threat score, rated green, yellow or red. You might wind up with a certain threat score based on a career in the military, posting material on Facebook that could be seen as threatening, suffering from certain medical conditions, or simply being a friend of a friend of a known criminal.
Android users can access Google Location Settings via the settings page and turn Reporting and Location History off and delete their logs, but you have to turn this feature off on every one of your Google accounts.
This is not an "out," however, it is only one small brick in the surveillance wall. If you drive a car, you are subject to automatic license plate reading cameras. If you live in the city, there are sidewalk and public space cameras, not to mention cameras on public transportation. There is tracking for credit cards and rewards cards.

Nielsen is permitted to sell information about your TV viewing habits. Your webcam can be hacked to show what you're doing in the privacy of your home. Web browsing cookies can be used against you. For the most part, your data is only used to decide which advertisements to show you, but it's not at all uncommon for any of these data-collectors to let law enforcement take a look at your information.
Simply put, there is no "off the grid." It is nearly impossible to live a normal life without ever setting foot in a public space and without ever using any sort of technology.
If you're wondering how we might reverse the tide of surveillance, it's simply too late for that. New initiatives towards surveillance passed with little resistance under George W. Bush, given the impact that 9/11 had on American culture, and were expanded upon under Barack Obama.
There have been some small efforts to combat omnipotent surveillance, such as the end of the Patriot Act, but all that can really be done at this point is to stay in the know. Avoid talking about any sort of illicit or subversive activity in text chats or online, and opt out whenever you can.
This is easier said than done, but: give the government as few reasons as possible to mark you as a threat, because there's no hiding from the surveillance state in 2016.