The Political Downfall Of Israel's Right-Wing 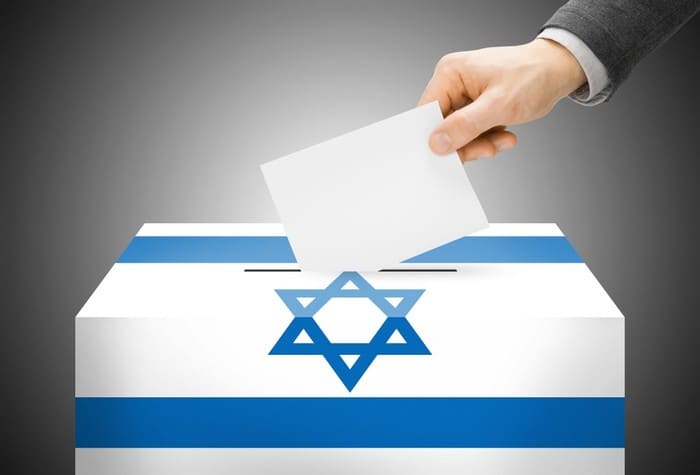 By Alex Traiman/JNS.org September 20, 2019
Share this article:
Israel's Prime Minister Benjamin Netanyahu is fighting for his political career as he continues to get battered by a complicated parliamentary system that he has led for the past 10 years--13 years in total.
Throughout his tenure, a high percentage of Israel's electorate has consistently supported and voted for Netanyahu's Likud Party, with more than 1 million Israelis voting this week for Likud. The high number of votes is significant because they were cast despite of, or perhaps in response to, the ongoing charges against him by Israel's attorney general, Avichai Mandelblit.
In addition to Netanyahu's pending legal woes, it's the right-wing flank--Netanyahu's natural coalition partners--that has been imploding and defecting, now leaving the prime minister short of a parliamentary majority.

In November 2018, a year before the government's term was to end, Avigdor Lieberman resigned his post as defense minister and pulled his six-mandate Yisrael Beiteinu Party out of a stable, right-wing and religious coalition totaling 67 mandates. Lieberman charged that the government (of which he was part) was reacting too weakly to ongoing conflict with Gaza at Netanyahu's instruction.
Lieberman's resignation left the government with a 61-mandate right-wing majority. Rather than continue to lead a narrow government until elections pre-scheduled for November 2019, Netanyahu called early elections in the spring in an effort to strengthen his mandate to continue leading the country while at the same time fighting corruption charges.
Just prior to the April 9 election, Mandelblit announced that he intended to indict Netanyahu on three separate counts of breach of trust, pending hearings that are now tentatively scheduled to commence in the coming weeks.
The looming charges, which Netanyahu has insisted are intended to push him from office, did little to deter Likud's core voters. In April's polls, Netanyahu's Likud received 35 mandates, a five-seat increase over the previous elections in 2015.
Despite the significant electoral increase, Netanyahu surprisingly found himself unable to form a right-wing government. The right-wing and religious parties together received 65 mandates in the April election, with the heads of each party recommending that Netanyahu be charged with forming the government.

Lieberman, whose resignation forced the collapse of the previous government, ultimately refused to join a Netanyahu-led government over a clash with the religious parties on a law that would increase the number of haredi draftees to the army. Without Yisrael Beiteinu's five seats, Netanyahu was left with only 60 mandates--one short of a majority.
Rather than empower another Knesset member to form a coalition, he convinced the 65 members of the right-wing bloc, including Lieberman, to vote to dissolve the newly elected Knesset and head to second elections.
The defection of Lieberman's party from a right-wing bloc led by Netanyahu was not the only move that prevented a right-wing majority for Netanyahu.
Prior to the April elections, longtime Jewish Home leaders Naftali Bennett and Ayelet Shaked decided to break off of the Jewish Home Party, and create the New Right Party focused on attracting secular right-wing voters. Early polls had shown that together, the Jewish Home and New Right would significantly increase their seats.
The gambit was a tremendous failure, as New Right failed to cross the 3.25 percent electoral threshold by 2,000 votes. Crossing the threshold would have given New Right four seats. Had the New Right entered the Knesset and supported Netanyahu, Lieberman's defection would still have left Netanyahu with a small majority.
In September, Bennett and Shaked crawled back to the Jewish Home with their New Right faction. However, the far-right faction of Otzma Yehudit, which had joined the Jewish Home in April, was jettisoned and so ran on its own. They, too, fell short of the four seats required to cross the electoral threshold. Had they joined the Jewish Home, the two seats worth of votes they received would have gone to the right-wing bloc, with at least one of the seats likely coming at the expense of left-wing challengers.
The right-wing nationalist parties, of which Jewish Home is a mainstay, have a history of internal divisions that have kept their mandate totals steady and on the far fringe of Israeli politics for decades, despite a constituency with among the highest birthrates in the country.

Further adding to Netanyahu's coalition difficulties was the implosion of the center-right Kulanu Party. In 2015, then-former Likud minister Moshe Kahlon established the moderate right-wing alternative to Likud, winning 10 seats. Kulanu joined Netanyahu's government with Kahlon receiving the finance ministry.
In April, Kulanu fell to barely four seats, just above the Knesset threshold. Facing extinction in Tuesday's elections, Kahlon merged back into the Likud party. Together, Likud and Kulanu had 39 seats following April's polls. In September, Likud, now including Kulanu, received only 31 mandates.
Without the relative comfort and stability of his natural right-wing partners, Netanyahu currently has a bloc of only 55 Knesset members supporting him to form a government--six seats short of a majority.
Netanyahu's opposition, led by Blue and White Party leader Benny Gantz, now holds 33 seats--two more than Likud--placing it in pole position to form a government. Still, their natural partners to the left-wing will give them a bloc of only 44 seats.
Even if Lieberman's right-wing Yisrael Beiteinu were to cross party lines to join Blue and White, the center-left bloc would only secure 52 seats, still trailing behind Netanyahu's remaining right-wing bloc.
The deadlock now increases the likelihood of a national unity government comprised of both Likud, and Blue and White. But Gantz has said that he refuses to sit in any government led by Netanyahu, and Netanyahu is thus far unwilling to yield the prime minister's chair to his challenger or to another member of the Likud Party.
Unless Netanyahu can find defectors from across the aisle--or convince Lieberman and his now-eight seats to return to the camp--not only is Netanyahu's rule in jeopardy, but so are the years of right-wing governments.
And if party leaders to either the right or left together cannot build a constellation of at least 60 mandates, Israel may yet find itself in another election in the months ahead.
Originally published at JNS.org - reposted with permission.