Why Do We Allow Our Schools To Be Indoctrination Centers For The Left? 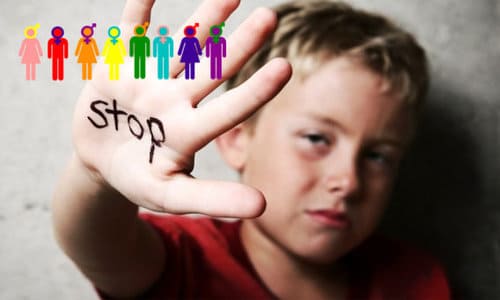 By Tony Perkins/Family Research Council March 03, 2020
Share this article:
Even in California, you have to be 18 to get a tattoo, 16 to drive a car, 21 to buy a gun, alcohol, or pot. But if you want to change your gender? Well, then, you just have to be 12. And your public school will be more than happy to help.
Need an abortion? Tell your teacher. Want to refill your birth control? Go to the school clinic. Thinking about starting hormone treatments? Your parents will never find out. At least, not under the policy the California Teachers Association (CTA) is pushing.
That's the amazing revelation from last month's union meeting. On January 26th, the CTA decided to go big on the LGBT agenda -- adding "transgender and binary youth" to the students who can leave class for medical reasons without their parents' permission.

A number of concerned teachers leaked the new language to the Epoch Times, worried that no one in the state knew. "CTA believes comprehensive school-based health care clinics are needed to bring caring and responsive services to young people. The clinics shall provide cisgender, transgender, and non-binary youth equal and confidential access to decision-making rights for students and their families."
Translation: A student can secretly pursue that transition at school without their parents ever finding out.
And while the policy doesn't expressly say "hormone therapy" is a part of that "access," the CTA committee made it clear: "That's the final goal."
As far as the union is concerned, the current law is an outrage, since "it does not allow trans students to begin... hormone therapy without the consent of both legal guardians." Kids, they argue, should be free to take those drugs without the "barrier of parental permission." Just like they're free to get "excused absence" abortions without calling home or pop birth control pills from the clinic's nurse.
In a country where millions of parents entrust their kids to public schools, it's time for everyone to realize: education has become the least of concerns for these school districts.
What's happening in Wisconsin schools -- where kids can assume a completely different identity without parents knowing -- has gone on in California since 2013. Michigan since 2016. New Jersey since 2018. If this hasn't made it to your state, trust me. It's coming.
The other side is moving as fast as it can to get its hands on your sons and daughters. And in so many horrifying cases, it's too late for anyone to stop them. How many stories start out like this mom's? "I only found out after the fact," she says.

"I went to the school counselor and asked why they would let this happen? Why weren't her parents contacted to see 'what issues' she may be going through [before she 'came out' as a boy]? The school counselor relayed to me: 'We're following the guidance passed in Michigan 2016, that parents are not to be notified if a child self-identifies as a transgender."
Her daughter was 12 years old. There are literally hundreds of parents experiencing the same trauma -- or worse. In California, where sixth graders will probably be able to start hormone therapies without permission, how many children will come home completely and radically altered?
Healthy, normal teenagers like Sydney Wright, who cried when she saw what she'd become on hormones. "Two years ago, I was a beautiful girl heading toward high school graduation. But after taking testosterone for a year, I turned into an overweight, pre-diabetic nightmare of a transgender man." The system, she says, failed her. "I was treated with mega-doses of powerful testosterone that ravaged my body, caused me to gain 50 pounds, and put me at risk for heart disease, diabetes, and teenage menopause. They didn't even talk to me about other treatment options! [No one] suggested I give myself time to grow up or wait and see what happens with counseling sessions... The only advice I got was to take mega-doses of testosterone."
Right now, there are parents all across this country who are sending their kids into the hands of the enemy and they don't even know it. As one mom in Santa Ana said, "Even though it seems peaceful here in America, there is a war waging for the minds of our children."
And the other side is doing everything they can to accelerate the process before you find out -- locking more kids into a lifetime of agony that can't be reversed.

Increasingly, over the last several decades, many government schools have become indoctrination centers for the Left, but the aggressiveness of their efforts in the last few years is staggering.
If you have children in public school, they're in danger. Knowing that there are deliberate efforts in school districts across the country to evade and deceive ought to drive parents everywhere to act.
To prepare yourself and your family, take the time to read through FRC's "A Parent's Guide to the Transgender Movement in Education." And then prayerfully consider what other choices you have for educating your kids.
Originally published at Family Research Council - reposted with permission.