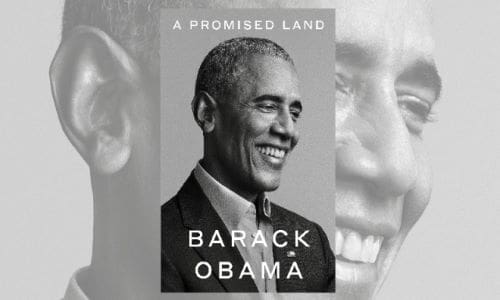 By Tony Perkins/Family Research Council December 01, 2020
Share this article:
Barack Obama may have written a book called The Promised Land, but if his latest comments are any indication, he won't be leading the Democratic Party there any time soon. In trying to explain how Donald Trump could have captured such a big slice of the Hispanic vote, the former president managed to reaffirm to everyone why they're leaving the party in the first place.
As most white evangelicals know, Barack Obama has never been able to control his disdain for Bible-believing Americans. And, some people would argue, he's never tried. That came back to haunt the 44th president last week, when, in a radio interview, he took a huge swipe at Hispanic Christians, saying they didn't care as much about Donald Trump's prejudice as they did his social positions.

"People were surprised about a lot of Hispanic folks who voted for Trump, but there are a lot of evangelical Hispanics who, the fact that Trump says racist things about Mexicans, or puts detainees -- undocumented workers in cages, they think that's less important than the fact that he supports their views on gay marriage or abortion."
The remarks went over like a lead balloon -- even in his own party, where the staunchest of liberals seemed shocked that Obama would take cheap shots at a voting bloc they want to win back. That job just got a lot tougher, some columnists argued.
All Barack has done, Eugene Scott fumed, is "fuel the growing criticism of the Democratic Party," which is that they don't understand the Latino vote. Scott talked about the interviews that the Post had done with Latino believers in Florida, who affirmed that Donald Trump's policy values were what mattered.
"When I think about politics overall, I'm always looking at things through my religious upbringing," Tito Vazquez had said. "And when I compare Trump to Biden, Trump is just closer to what I believe."
Obama's insult only solidifies those misgivings about Democrats -- at a time when they can least afford them. And the reaction proves it. Samuel Rodriguez, who heads up the National Hispanic Christian Leadership Conference, has always been a fan of Trump's predecessor. But this, he agrees, is a step too far. In a statement that represented a lot of voters' feelings, he fired back:

"I'll tell you what I'm not thankful for this Thanksgiving: the ever-escalating close-mindedness of the Democratic Party. President Obama, whom I admire, is apparently angry because Hispanic Americans have minds of their own. As I have said at every opportunity, we are not -- and will not be -- beholden to the elephant or the donkey.
A much more useful exercise for President Obama would have been to lead the Democratic Party to some humble self-reflection rather than further down the fundamentalist path of the leftist politics of exclusion. Bigotry is still bigotry even if it comes from President Obama."
On the Republican side, leaders like Senator Josh Hawley (R-Mo.) pointed out that this isn't such a departure for Obama, who made attacking Christians a cottage industry during his two White House terms. "Ah yes, those Hispanic evangelicals. So backwards. Clinging to their guns and religion, you might say," he tweeted. "Barack Obama is still the most condescending corporate liberal in America."
Others, like Congressman Chip Roy (R-Texas), also took the opportunity to point out whose administrations is responsible for those cages. "Hey, Barack Obama -- take a pause from the race-baiting and pandering that built your career and divided a nation to reflect on this: you built the chain link facilities you call cages. #YouBuiltThat."
In that same interview, Obama didn't just trash Hispanic voters but, more subtly, African Americans too. And while it isn't getting nearly the media traction that the other comment is, it's worth pointing out that Donald Trump also managed to connect with a good number of Black Christians over social issues.

With the same elitist condescension, Obama says (at the 37-minute mark), "Sometimes we do not have a good enough sense of how big this country is, and how a lot of folks do not accept at all things that we who are living in urban, metropolitan areas just take for granted.... There are big chunks of the country, even in our own communities, right? So I deeply believe that people should be treated equally under the law regardless of sexual orientation..."
Remember, African Americans turned out in huge numbers in 2004 to support the state marriage amendments. So not only are these biblical values an avenue to reaching Hispanic voters, but as Obama inadvertently explained, other demographics too.
If this election has proven anything, it's that conservatives should never surrender these communities to the Democratic Party. They should fight for them by emphasizing the stark contrast in the two sides' worldviews. For years, we've argued that pro-life, pro-family policies are the best bridges Republicans can build to Hispanics and African Americans.
Now, thanks to Donald Trump, we've seen just how true that is. Even though the media spent four years calling him anti-Hispanic, this president cut through that noise. His solid economic policies, combined with his unapologetic social stances, attracted them. And unless Democrats can find a way to turn their religious hostility down a notch, these Republican converts could be here to stay.
Originally published at Family Research Council - reposted with permission.