Will Vaccine Passports Create Two-Tier Society? Canada Is About To Find Out 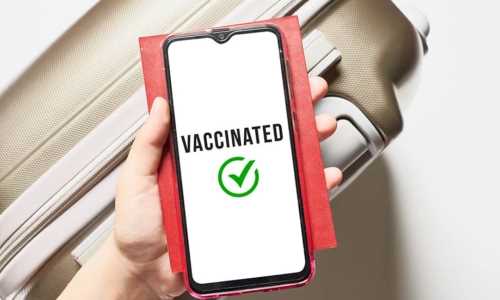 By Patrick Carroll/Activist Post September 02, 2021
Share this article:
Of the many terms we've become accustomed to over the course of the pandemic, "vaccine passport" is perhaps one of the more ominous ones. Although the idea was initially dismissed as little more than a conspiracy theory, many people now believe that "showing your papers" is a reasonable prerequisite for participating in normal public life.
Indeed, New York City has already implemented a vaccine passport, and many other municipalities are also considering it.
Two years ago we would have called this dystopian. Today, we call it a public health measure.
Canadians in particular have embraced the idea of vaccine passports, and two provinces (Quebec and British Columbia) have now announced plans to implement vaccine passport systems in the coming weeks.
Quebec was the first to announce that they would be implementing the policy.
"People who have made the effort to get their two doses must be able to live a somewhat normal life," Premier François Legault said in the announcement on August 5. "We will give certain privileges to those who have agreed to make the effort to get their two shots," he continued. "Some non-essential services will be available only to vaccinated people."
The system, which comes into effect on September 1, will apply to places with high capacity and a high rate of contact, including festivals, bars, restaurants, gyms, and training facilities.

Drawing on Quebec's example, British Columbia recently became the second province to introduce a vaccine passport. Their initiative, which goes into effect on September 13, will likewise restrict access to high capacity areas for unvaccinated people.
The list of restricted areas includes indoor concerts and events, movie theatres, gyms, and restaurants (including patio dining), as well as "organized indoor events" which include weddings, parties, conferences, meetings, and workshops.
Though Quebec and British Columbia are currently the only two provinces planning comprehensive vaccine passport systems, other provinces have also introduced vaccine-related privileges in recent months.
Manitoba, for example, has an immunization card which exempts vaccinated individuals from the self-isolation requirements upon entering the province and allows them to visit loved ones in personal care homes and hospitals. Prince Edward Island has also introduced a pass offering similar privileges.
Federally, things aren't looking much better for the unvaccinated. On August 13, the government announced that it will soon require that all federal public servants, some 300,000 people, be vaccinated as a condition of their employment. They also announced that all commercial air travelers, passengers on interprovincial trains, and passengers on cruise ships will have to be vaccinated.
Second-Class Citizens
Taking these measures as a whole, it's hard to deny that Canada is well on its way to creating two classes of citizens, the vaccinated and the unvaccinated. Activities that were once considered basic human rights, such as assembling in various social settings or boarding a flight, have now become "privileges" that are reserved for the vaccinated class alone.
In many ways, these policies are eerily reminiscent of the laws that were used to target marginalized groups in the past such as women, blacks, and jews. Of course, the oppression in those cases was often far more egregious. But the moment we concede that some people should have more rights than others, we are operating within the same paradigm. The differences between those historical injustices and the present-day treatment of the unvaccinated are merely differences of degree, not kind.

Indeed, the principle of equal rights and equality under the law really is the crux of the matter here. If a private business wants to discriminate against someone based on their vaccination status, that is their right.
But when the government gives legal privileges to a certain group and systematically discriminates against another group, it has crossed a major line. Make no mistake, this is how you get second-class citizens. This is what subjugation looks like.
Now, in theory, one of the ways to prevent this kind of unequal treatment is to create a constitution that enshrines certain universal human rights. Canada, being a liberal democracy, naturally has such a constitution, and one of its most important features is the Canadian Charter of Rights and Freedoms, which is essentially the Canadian version of the Bill of Rights.
The relevant section of the Charter is section 15, which states the following.
"Every individual is equal before and under the law and has the right to the equal protection and equal benefit of the law without discrimination and, in particular, without discrimination based on race, national or ethnic origin, colour, religion, sex, age or mental or physical disability."
The Supreme Court of Canada has stated that the purpose of section 15 is to prevent "discrimination against groups suffering social, political and legal disadvantage in Canadian society." At first glance, it might seem obvious that vaccine passports constitute legal discrimination, and are thus unconstitutional. But while there's certainly an argument to be made there, the counter argument is that the Charter doesn't actually protect these rights in an absolute sense. Note the language in section 1.

"The Canadian Charter of Rights and Freedoms guarantees the rights and freedoms set out in it subject only to such reasonable limits prescribed by law as can be demonstrably justified in a free and democratic society."
So are vaccine passports unconstitutional? It's hard to say. But as far as I'm concerned, it doesn't actually matter. To borrow language from Lysander Spooner, "whether the Constitution really be one thing, or another, this much is certain--that it has either authorized such a government as we have had, or has been powerless to prevent it. In either case, it is unfit to exist."
The point is, the constitution has failed to uphold equality under the law. Whether it failed by impotence or by design is an interesting legal question, but practically speaking it hardly makes a difference.
Constitutions and Cultures
Sadly, this isn't the first time the Canadian constitution has failed to uphold human rights. It has also been failing since the beginning of the pandemic at upholding freedom of assembly, despite describing that right as a "fundamental freedom" in section 2 of the Charter.
So for those who still look to the constitution as a safeguard of liberty, the lockdowns and now the vaccine passports ought to be a wake-up call. Clearly, something is not working. If the constitution was designed to uphold individual rights, it has failed miserably. And if it wasn't designed to that end, then there's little reason to have it in the first place.
The lesson we ought to take from this is that constitutions by themselves do not actually protect people's rights. They are just pieces of paper. What really matters is the culture, and specifically, the degree to which people in society value liberty.
Consider the fact that many totalitarian regimes also had constitutions and bills of rights (such as the Weimar Constitution in Nazi Germany). These documents were undoubtedly held in high esteem, but they likewise proved to be powerless when the prevailing culture became tyrannical.
So while some say that we can preserve liberty if we just get the right law, constitutional amendment, or supreme court ruling, this is a false hope.
Liberty lives and dies by the culture. If the culture hates liberty, no government edict can preserve it.
Then again, if the culture loves liberty, no government edict can take it away.
Originally published at Activist Post - reposted with permission.