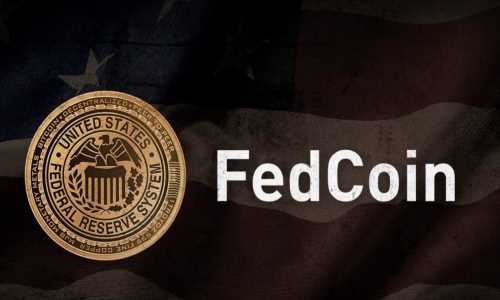 By Tyler Durden/Activist Post October 09, 2021
Share this article:
For years now, and in response to similar projects at central banks in Europe and - more importantly - China with the PBOC, the Fed has been hemming and hawing about whether to take the possibility of creating a "FedCoin" more seriously.
Senior officials have been pretty tetchy about carefully weighing the "pros and cons" of a system that would, in theory, enable the Fed to deposit money directly into the 'digital wallets' of regular Americans, a power that could ultimately render the entire private banking system obsolete.
And so, as we wait for the Fed to take the next tenuous steps toward developing a CBDC, WSJ has offered yet another leak confirming that the Fed is finally ready to release its official 'report' on CBDCs, which will serve as the start of a long-promised "review" of the pros and cons of CBDCs that's supposed to allow for public feedback.

Some more compassionate proponents of a FedCoin argue it could create a kind of "parallel" system where the Fed would be able to directly and easily dispense FedCoins to the public (the ideal of "helicopter money", finally achieved), without relying on banks or the IRS as intermediaries, which could make delivering this type of aid faster and cheaper.
It could also offer a more "efficient" avenue for distributing welfare or financial aid (that is, unless the Fed chose to distribute FedCoin through financial intermediaries instead of sending them directly from the Fed to the American people.
It could also be the greatest weapon in the war to make cash obsolete.
But within the Fed, the drive to create a "FedCoin" is primarily rooted in the fear that not having a central bank digital currency could potentially threaten the dollar's dominance in the global financial system. In that respect, it's like any other technological arms race.
Here's more on that from Fed Governor Lael Brainard: "It's just very hard for me to imagine that the US, given the status of the dollar as a dominant currency in international payments, wouldn't come to the table in that circumstance with a similar kind of an offering," she said.

Chairman Powell has done his best to push for caution, arguing that it's more important to "get it right" than be "first to market". Put another way: who cares if the PBOC roles out the "e-RMB" first? The dollar's role in the global financial system is much greater, which means the US is obligated to proceed with more trepidation.
Powell and others have said repeatedly that the Fed's research so far has been early and exploratory. Powell has also pointed to the fact that many Americans still use and prefer cash. Most importantly, Powell has addressed concerns that a CBDC would effectively allow the Fed to monitor the finances of every American.
"It's our obligation to do the work both on technology and on public policy to form a basis for making an informed decision," he said last month.
Others on the Fed, including Randy Quarles, the Fed's financial regulation guy, has slammed CBDCs as a fad, noting that the US dollar is already "highly digitized". A report from the Philly Fed recently warned that a CBDC could also destabilize the financial system if everybody were to pull their digital dollars from markets, mutual funds and banks.
But enough of what senior Fed officials are saying: pretty soon, it will be the "public's" turn, as the Fed has promised to solicit public comment during its review.
Originally published at Activist Post - reposted with permission.