Sports World In Chaos As Transitioning Athletes Battle One Another 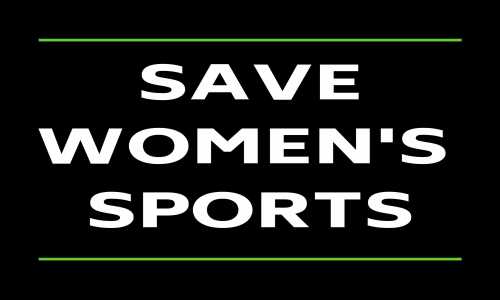 By Tony Perkins/Family Research Council January 11, 2022
Share this article:
For parents in the stands of last weekend's Ivy League swim meet, there was only one way to describe it: "messed up." In the 48 hours since Saturday's head-to-head match-up of two "transitioning" athletes (one male-to-female, another female-to-male), most of the sports world is still rattled.
Moms and dads who were there to witness it say they still can't shake the image of one of the swimmers, Yale's Iszac Henig, pulling down the top of her suit to reveal the scars from a recent mastectomy. "I wasn't prepared for that," one shaken University of Pennsylvania parent told a reporter. "I can't wrap my head around this."
And they aren't the only ones. Everywhere, news outlets were still trying to process the fallout of a biological boy on female hormones, University of Pennsylvania's Lia Thomas, beating out biological girls at the beginning of the season -- smashing program, pool, and meet records.

Thomas, who swam for three years on U. Penn's men's team, took the girl's sport by storm in 2021 after announcing to the school that he was now identifying as transgender. By that point, parents were beside themselves, firing off letters to the NCAA and the university demanding that something be done. "At stake here is the integrity of women's sports," they argued. "The precedent being set -- one in which women do not have a protected and equitable space to compete -- is a direct threat to female athletes in every sport."
The association didn't respond -- a silence it may not have the luxury to repeat after this weekend when, as one parent said, "A man just crushed the women's team." Then, making an already uncomfortable situation even more bizarre, Henig, a female transitioning to a male (but still swimming on the girls' team), beat him. If you're wondering what the world is coming to, you're not alone! Suddenly, the entire debate over women's sports and our inherent biological differences has exploded -- and cancel culture or not -- fewer Americans are shying away.
Everyone from Olympic swimmers and commentators to former USA swimming officials are openly challenging the rules that are destroying fair competition as we know it. Even the editor-in-chief of the largest magazine in the sport, Swimming World, published a scathing column, arguing that a one-year hiatus from testosterone isn't "nearly stringent enough to create a level playing field between Thomas and the biological females [he] is racing." He compares it to the doping problem the world has tried to eradicate from sports, which isn't exactly the same, John Lohn admits, but it's "an outcome that could be as damning."

The fact is, scientists point out, you can't undo the impact of puberty. Michael Joyner, a Mayo Clinic physiologist, says that after ages 11 and 12, girls and boys who swim start to "diverge" when their bodies truly begin to change. Just because Thomas is taking testosterone suppressants, he told the Washington Post, "doesn't negate the hormonal impact of puberty."
That kind of strength doesn't disappear overnight -- nor does his greater lung capacity, bone density, accumulated muscle mass, circulatory system, and any number of the other known genetic advantages of men over women, former USA Swimming official Cynthia Millen argues. "Bodies swim against bodies. Gender identities don't swim. He's going to be wiping out women's Olympic records, and it's not right."
For parents of these Ivy League swimmers, it's been an emotionally draining year. "All you expect is a fair chance," one mom said to a reporter anonymously, for fear of retribution. "There is no chance this year. They train hard but know that they can't beat Lia." As for the girls swimmers themselves, their hands are tied. "Pretty much everyone" has gone to the coaches, two swimmers explained confidentially. But when everyone is together, they feel pressured to fawn over Lia's accomplishments.
Saddest of all, one girl on the team says she hopes when she has kids that she only has boys, "because if I have any girls that want to play sports in college, good luck. Their opponents are all going to be biological men saying that they're women. Right now, we have one, but what if we had three on the team? There'd be less girls competing."
For most athletes watching the sports they love crumble, silence is no longer an option. A growing chorus of Olympians, like two-time 2021 medalist Erika Brown, are sticking out their necks to speak out in a very unforgiving culture. "It's time to start standing up for women's sports," she declared. "I don't want to create any hate, only to speak up for what's right: We cannot allow transgender females to compete against biological women."

Tennis great Martina Navratilova, who, despite identifying as gay has been at the forefront of the fight for women's sports, defended Brown against any critics, tweeting, "Erika Brown is a brave woman to speak out while still competing. She better not be cancelled for this by anyone!!!"
Inspired by these stances, other swimmers and coaches started to pile on. Hall of Fame coach Dave Salo, Jeri Shanteau, and Nancy Hogshead-Makar urged their peers to get in the game. "I would say a majority of coaches would agree with me," Salo told The Washington Times. "But again, they're very apprehensive in a collegiate environment to speak out against something like this because they'll be considered transphobic or homophobic."
The topic is "very uncomfortable for people," Hogshead-Maker agreed. But it's time to put a to stop taking "the lazy way out." The cancel culture is "scary," Shanteau understands, but the tide has officially turned. In poll after poll after poll, the vast majority of Americans have these girls' backs.
Even the transgender movement itself is admitting defeat! Last month in a "messaging guide," the Transgender Law Center bemoaned that no matter how the issue of transgender sports is framed, "our opposition wins the debate on trans youth in sports against any and all arguments we have tried on our side." They can't compete with the fact that FRC's Mary Szoch (a former Division I athlete) points out: "Every time a biological male plays a woman's sport, regardless of who comes in first, at least one woman loses -- the woman who is now sitting in the stands instead of on the bench."
For anyone worried about the blowback for speaking up in this toxic environment, know this: There's a groundswell of support for protecting the genders as God created them. Just look at what happened in state legislatures, where courageous leaders made 2021 a record-breaking year for fairness in sports. And, based on the coverage of last weekend's meet, that's just the beginning. A group of four female Pennsylvania lawmakers are already ramping up the pressure for a hearing on their bill -- HB 972 -- immediately.
As Beth Stelzer of Save Women's Sports has said, "We've finally gotten to the point that the bullies can't shut us up anymore. There are enough of us."
Originally published at Family Research Council - reposted with permission.