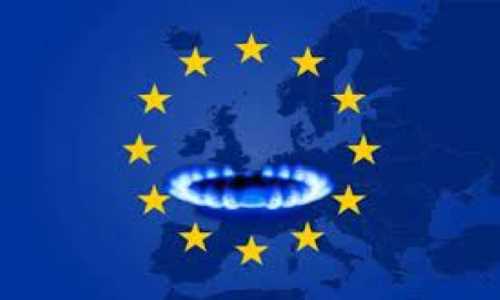 By Claudio Grass/Activist Post September 27, 2022
Share this article:
As the citizens of the European Union and the United Kingdom are increasingly struggling to make ends meet due to record levels of inflation, and as the winter draws closer, a serious cost-of-living crisis is set to spiral out of control. Skyrocketing energy costs, combined with galloping prices for food and other essential goods and services are bound to erase whatever was left of the "middle class."
Households that were once comfortable, and even had some savings aside, have been placed under severe financial duress already during the summer, and, unfortunately, the worst is yet to come. In what has been dubbed the "eat or heat" crisis, we can expect to see the situation deteriorate even further in the coming months, a development that could have critical and far-reaching implications beyond economics.

For those with unfailing memories and an attention span befitting an adult, it will not be hard to recall the assurances of politicians and central bank officials at the end of last year, that inflation was "transitory" and that anyone who said otherwise was a politically motivated alarmist. As is abundantly evident today, and has been for months, all these statements were entirely wrong; a "mistake" made either through sheer ignorance and professional incompetence, or through malicious intent and professional mendacity.
Either way, the result was the same. The public was misled, and they believed all the self-congratulatory messages about how the actions of central planners of all kinds "defeated covid," "avoided a recession" and were getting us all "back on track to economic growth and prosperity."
So, they trusted their rulers and very few anticipated what was just around the corner; even fewer successfully prepared for it. In fact, even today, most citizens still fail to realize that it was these actions that brought them to the untenable financial position they find themselves now.
And thus, once consumer prices started picking up in earnest and consistently, most households were at a loss as to how to respond and whom to blame. Most governments reacted the same way. They directed public anger elsewhere, pointing the finger at Russia and blaming Vladimir Putin for the out-of-control increases in food prices and soaring electricity costs.

And as for "practical" solutions to the problem, with the benchmark European gas price having exploded over 550 percent over the past twelve months, central planners came up with a series of absurd policies, ranging from the inane to the comical. From imposing temperature limits on public buildings and swimming pools, to encouraging male workers to come to work without a tie in the summer months.
The most counterproductive of all approaches, of course, was the one most European states adopted: giving cash to citizens to pay their bills. In other words, politicians have been trying to keep their favorability ratings up by making a problem worse, which is hardly surprising.
Still, the problem stubbornly remained and eventually got worse. In August, eurozone inflation hit another record high at 9.1 percent, with no sign of abating and projections growing more and more confident that it will surpass 10 percent in the coming months. In the UK, the situation is even more dire, with Goldman Sachs warning that it could exceed 22 percent in January.
And the most worrying part of it all is that these record price jumps are only the tip of the iceberg. They are calculated using extremely biased and inaccurate formulae, heavily skewed to underestimate real inflation, the financial pain people actually feel on their daily lives. The reality on the ground is much worse.
In Germany, where inflation climbed to a forty-year high of 8.8 percent in August, nearly three million children now live in poverty, a number that soared since last spring, according to children's charity Arche. As its founder, Bernd Siggelkow, pointed out, in Europe's economic powerhouse, "more and more people are coming to us, asking for support. It seems that nobody will do anything until a child dies of hunger in Germany."
In Italy, more and more bars and restaurants are putting their gas and electricity bills on public display, to show customers the stress they have been under, and the choices they are facing between hiking their own prices or going out of business. In Greece, where inflation now stands at a twenty-nine-year high, rent has climbed to levels that already threaten many families with homelessness.
Having seen a surge in longer-term tourists with a lot of covid money to spend on longer vacations, apartments in Athens have become unaffordable for locals. The government handouts to low-income Greeks have only made the situation worse, triggering bidding wars that fuel the rent rises.

As for what comes next, one can only imagine how dire these pressures can become once winter sets in. The energy crisis is set to escalate massively, not only because of the expected increase in demand, but also because of further supply disruptions. While it didn't create the problem, the Ukraine-Russia conflict certainly exaggerated it, and now Europe finds itself in a very unenviable position.
Serious concerns are on the rise that Russia's Gazprom, which routinely shuts down the Nord Stream 1 pipeline for maintenance reasons, might simply not open it up again one day. Whether this is a credible threat or not is really beside the point, as the fear alone has proven to be more than enough to wreak havoc with the markets and send volatility to record highs.
Also, efforts to restart long-demonized nuclear power plants have been largely insufficient. After years of cutting funds and attempting a premature transition to "green energy," which couldn't begin to cover the needs of the population, politicians are slowly recognizing that power plants don't have "on/off" switches one can simply flick when they realize they made a mistake.
Businesses already have been warned they might have to halt operations in the winter because of expected shortages and households are already making daily sacrifices in food and other necessities to be able to afford heating over the coming months. These pressures appear primed to translate to political and social tensions. As we can see already from the UK leadership race, the main topic of public interest is the cost-of-living crisis.
What happens next is anyone's guess but we could experience some of the most significant change in Europe since WW2.  Will Europeans cry out for someone to save them?  Will this set the stage for the rise of Antichrist?  Stay tuned.
Originally published at Activist Post - reposted with permission.