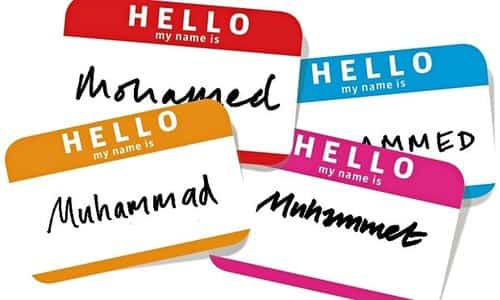 WASHINGTON  With news this week that the name Muhammad, with one spelling or another, ranks as 2016's second most popular boy's name in Britain after Oliver, what's the trend in the U.S.? Quite a contrast. While the population of Muslims in the U.S. is growing fast, due to both a high birth rate and immigration,&