Divinity Schools Stop Praying To The Father; Use Gender-Neutral Language 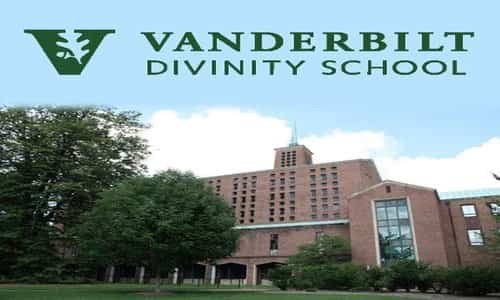 By PNW Staff January 30, 2017
Share this article:
The gender war has now moved from bathroom regulations and into the recommended language in theology classes.
The divinity schools at Duke and Vanderbilt Universities have rekindled debate, previously addressed at Notre Dame and Harvard, by issuing gender neutral guidance to their professors.
Referring to God as "Father", it would seem, serves to reinforce patriarchy.
The current year's course catalog for Vanderbilt University advises professors that they should pay "consistent attention to the use of inclusive language, especially in relation to the Divine because the school commits continuously and explicitly to include gender as an analyzed category and to mitigate sexism."

The course guide goes on to explain that "masculine titles, pronouns and imagery for God have served as a cornerstone for patriarchy."
As it notes that not all names used for God are gendered, it calls for professors to seek an "exploration of fresh language for God." A suggested "beginning point for developing a more inclusive language about God" are terms such as "God" and "Godself" (rather than Himself).
Though the debate may seem petty to some and a gross imposition of feminism to others, there has been significant academic study on the origins of gendered language for God.
The Hebrew Elohim used in Genesis is a dual gendered term that can be singular (for emphasis) or plural, for example.
Then there are references such as Isaiah 66:13 "As a mother comforts her child, so I will comfort you; you shall be comforted in Jerusalem." or the many references to childbirth, such as John 1:12 "But as many as received Him, to them gave He power to become the sons of God, even to them that believe on His name.
When a pastor refers to God as the Father or Jesus as the Son, this is merely referencing attributes of God's nature through such labels.

To play linguistic games now serves little purpose but to push a feminist agenda that seeks to undo millennia of tradition. The trinity is composed of the Father, the Son and the Holy Spirit, not as an accident but because those aspects of God are ever present.
Arguments that de-emphasize the masculine grammar in religious language can decrease oppression of women and erode the power of the patriarchy, but don't pass the test of history either.
Hinduism contains a great number of explicitly female deities and Hindu sects that devote themselves to the feminine Kali are no less patriarchic or oppressive to women than any others in a typically "patriarch" Indian society.
The associate dean for academic affairs at Vanderbilt's school of divinity, Melissa Snarr, explained in an email that the precise use of gendered language "is up to the individual professor's interpretation for their classes and is suggestive rather than mandatory.
Few would deny that the awareness of God's nature as being beyond human gender is positive, but if the result is both awkward and unnaturally "progressive" in its attempt to push its liberal agenda, does it really belong in the pulpit or the classroomor neither?